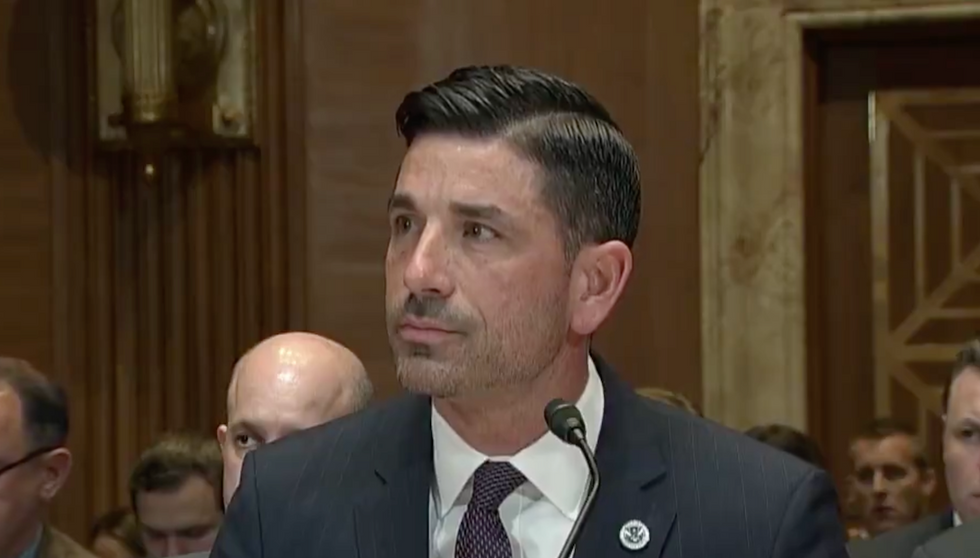 "Acting" Secretary of Homeland Security Chad Wolf, who the Government Accountability Office believes is not legitimate even in his "acting" role because he was appointed in violation of federal laws governing such appointments, had been subpoenaed by the House Homeland Security Committee to appear today.

He didn't show up. He instead ignored the subpoena; CNN reports he is instead meeting with Senate staffers about his new Trump nomination to the same role on a permanent basis. House Democrats were, of course, outraged, and said so. All right, now what? Members of the Trump administration are once again simply ignoring congressional orders to explain their actions—not requests, but legal orders. And the response will be what, exactly?

The normal process when an official or anyone else defies a congressional subpoena is for Congress to find the official in criminal contempt, then refer the matter to the United States Department of Justice for prosecution. But this relies on the Department of Justice not itself being intentionally corrupt—a norm that has collapsed after Trump Attorney General William Barr ordered the department to ignore such referrals, in large part because Barr himself has been one of the Trump figures withholding subpoenaed documents and testimony from congressional investigators.

Trump's team has adopted yet another of the central tenets of fascist rule, determining that violations of the law done to protect or enhance the powers of the authoritarian-minded political leadership cannot be challenged by other state institutions. So that's that. The prior presumption that the Department of Justice would at bare minimum not stand in the way of congressional investigations of corruption is null and void.

There is no judicial path towards restoring congressional powers. Even where the courts agree to intercede in the dispute, which has been rare, Barr is no more likely to follow court orders affirming the congressional power to compel witness testimony than he has been without such orders.

The only remaining power Congress has to enforce its subpoenas is, at this point, the power to themselves arrest and detain officials who have refused to testify. Congress has the constitutional power to drag Wolf into the room against his will, or to jail him in their own facilities until he feels compelled to testify, but that's about it. And Congress has not used that power in a very long time due to the previous government-wide agreement that the Department of Justice would intervene before it ever got to that point. But it still exists.

There's an obvious reason House Democrats do not want to go that route. It sets up the ultimate confrontation in which officials sent by the House, using their explicit constitutional powers, arrive to collect an administration subpoena-defier only to be met with federal law enforcement officials on Barr's order blocking them from carrying out that duty. It would be a constitutional crisis of impossible magnitude—a confrontation to determine whether the Constitution itself would be defied. Barr's blatant corruption make it clear that he would, indeed, welcome the chance to permanently eliminate Congress' only remaining means of investigating Trump's underlings.

So what next? The choices before the House are to allow Wolf to ignore Congress' own powers, effectively nullifying them; to file another mostly impotent lawsuit, allowing Wolf to continue hiding from testimony until, at minimum, after November determines the fate of all Trump appointees; or to go get Wolf and either set him down before the House Committee themselves or challenge the Trump administration to block that testimony by force.

There's no fourth option. It's pretty much between using congressional powers or losing those powers—either temporarily or permanently.