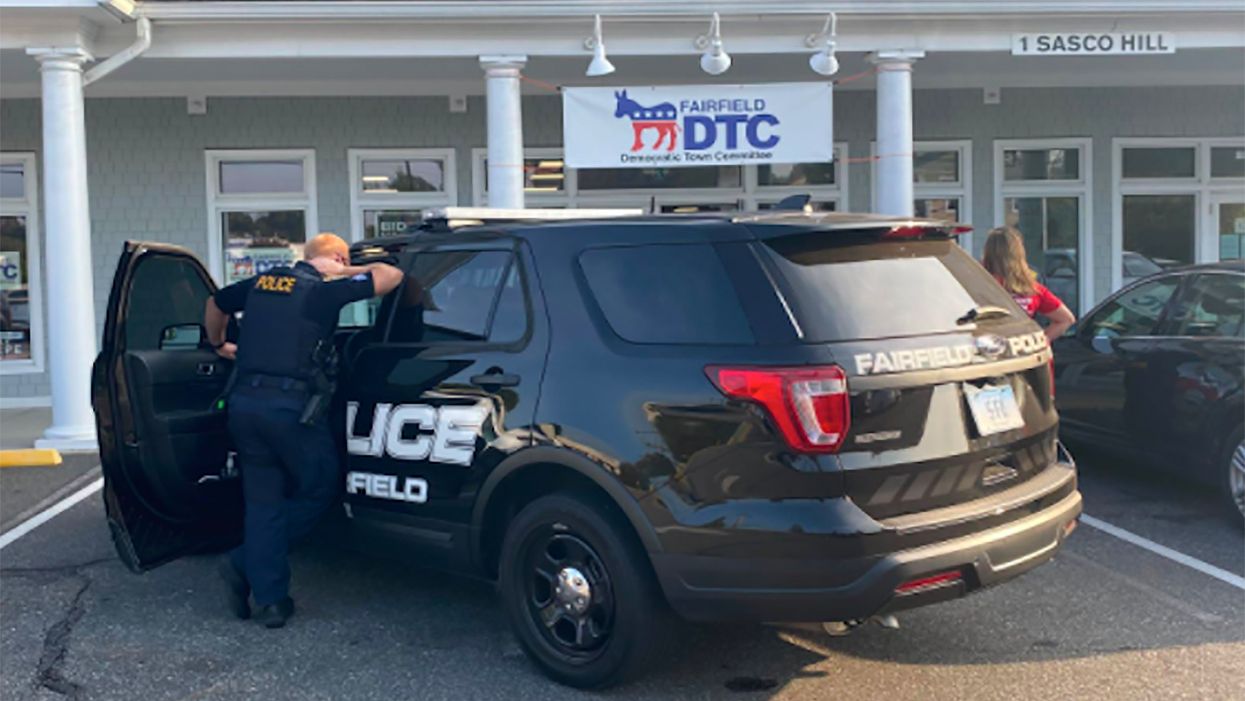 A Connecticut chiropractor admits to causing a disturbance outside a Democratic campaign office.

"I let my emotions get the best of me," Silverstein told the newspaper. "I wish I didn't do it. I'm better than that."

The 61-year-old said he was "fed up" because he and other supporters of President Donald Trump "on a daily basis have been attacked, harassed and threatened," and he admitted he did "terrorize" a volunteer worker at the office.

"The situation escalated quickly," Silverstein said. "I screamed and yelled, but I never touched (the volunteer worker)."

Silverstein was issued a summons for breach of peace after cursing at the volunteer worker and then slapping away the volunteer's phone after she tried to record the confrontation.

"We are grateful that all our volunteers, though shaken, are safe following this extremely upsetting event," Fairfield Democrats posted on Facebook. "This is exactly the kind of malicious behavior that is enabled and recklessly encouraged by our current president on a regular basis. And when our country's leaders do not push back against Trump's incitements, this hateful conduct only gains more momentum."