Trump has racked up 3,403 conflicts of interests since taking office 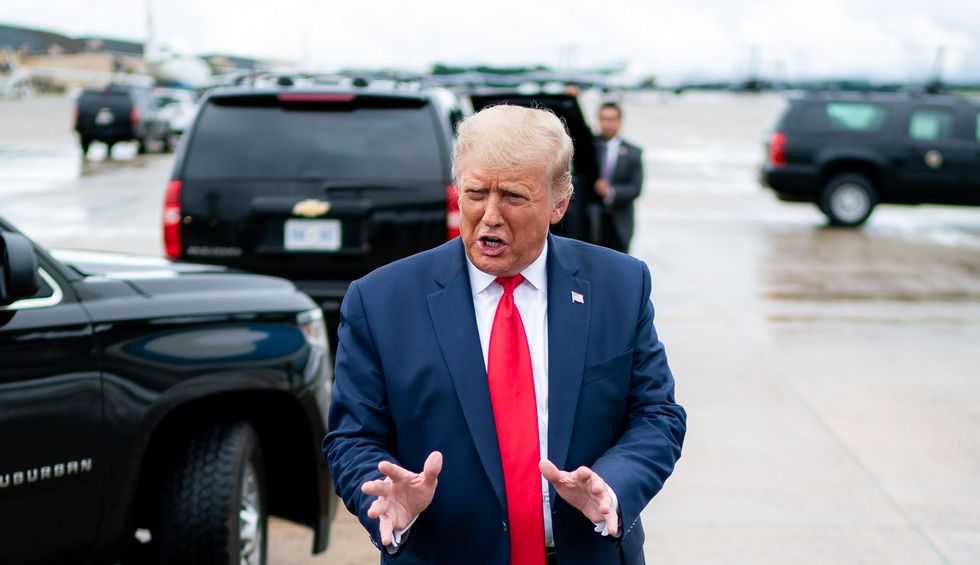 In its continuing research into President Donald Trump's conflicts of interest, a government watchdog group released a new report Thursday that shows the commander-in-chief has engaged in 3,403 conflicts of interest since taking office—an average of more than two conflicts per day since being sworn in in January of 2017.

Citizens for Responsibility and Ethics in Washington (CREW) released the findings Thursday and wrote that Trump "continues to be the most corrupt president in history."

2/ Since day one of the Trump administration, @CREWcrew has been tracking the constant stream of conflicts of inter… https://t.co/X3y3j2JONK
— Robert Maguire (@Robert Maguire)1600960384.0

"As the president continues to harness the office of the presidency for his own personal gain, Americans can no longer trust that he makes decisions in our interest, rather than his own," Noah Bookbinder, executive director of CREW, said in a statement Thursday. "From foreign governments and industries throwing lavish events at his properties to donors and customers buying their way to ambassadorships and top political offices, corruption surrounds this president literally every day."

Highlighting then-candidate Trump's 2016 claim that he would not have time for golf were he elected president, the CREW report begins:

To the contrary, President Trump has found time to visit his properties hundreds of times while in office, with time left over to lavish them with praise in official remarks, and to reward his paying customers with privileged access to and positions in his administration. For nearly four years now, President Trump has made it abundantly clear that any claim of separation from his business was a lie, and coupled with his unprecedented decision not to divest his business empire before entering office, this empty promise has led to some of the most egregious examples of presidential corruption and conflicts of interest ever raised by a modern president.

The report's highlights include:

CREW's findings come as new reporting in Vanity Fair raises questions about the Qatari government using a "dummy" office in San Francisco—in a building partially owned by Trump—to pay the president, in what reporter Dan Alexander wrote is "an ethical nightmare."

Four foreign government entities—from China, Qatar, India, and the United Arab Emirates—have rented space in Trump's buildings while he's served as president. At least 35 tenants lobbied the federal government on policy issues. Twenty of those pitched the White House or the president personally. Thirty or more tenants collected over $8 billion in federal government contracts from 2018 to 2019 alone. At least 17 faced federal investigations on matters including fraud, money laundering, and corruption. Add it all up and Trump's tenant relationships create one of the most significant potential conflicts of interest in American history.

"President Trump has repeatedly used his office to promote his businesses and grant wealthy paying customers personal access to him, his staff, and those who have his ear," Bookbinder said. "It is a gross abuse of public trust, and with each conflict, he becomes more complicit in the destruction of the ethical norms that form the cornerstone of a working democracy."