Trump family allies ‘felt the need to keep receipts’ — out of fear they’ll need them as protection: biographer 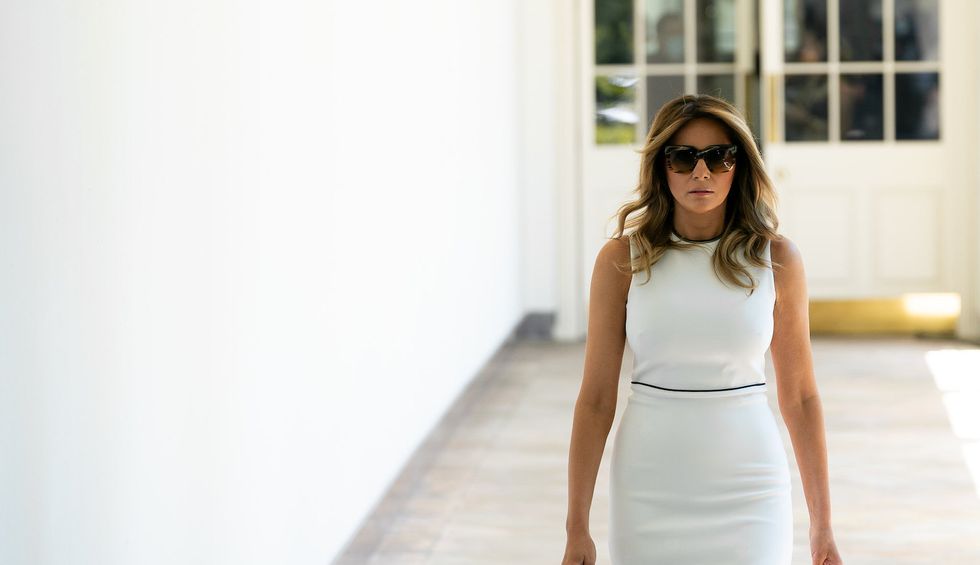 First lady Melania Trump is the subject of a new book by a very close friend. Something the first lady doesn’t seem to have a lot of. Out on shelves Sept. 1, Melania and Me: The Rise and Fall of My Friendship with the First Lady addresses the tumultuous relationship between the first lady and the first daughter Ivanka Trump.

One thing, however, Vanity Fair reporter Emily Jane Fox noted is that the book’s author, Stephanie Winston Wolkoff, is one of many in the Trump orbit who keep their communications with the Trump family.

“The thing that struck me the most of this entire era and as many Trump books as there have been throughout this period of time, is that this summer alone, we have three of the closest people to the first family,” said Fox. “We have Michael Cohen, Mary Trump, and now Stephanie Winston Wolkoff who have felt the need to keep receipts of their conversations, of their text messages, with their email exchanges, with their bosses, their closest friends, and their uncles. I think that’s the most revealing detail, that the closest people around them that they would need to save these bits of information because one day they would need to protect themselves from the family Trump. It’s such a stunning, important revelation from all of these books.”

“It sounds like an incredibly dysfunctional dynamic between Ivanka Trump, who actually Mary Trump described in the night after Ivanka and President Trump’s speeches at the convention as sounding like and acting like a co-president. Stephanie writes about Melania and Ivanka’s relationship, as well, I think.”

Fox agreed, saying that after reading the book it wasn’t the first time that Ivanka and Melania seem to butt heads.

“What it looked like to me after reading this book is that Ivanka had bypassed her,” said Fox. “And it didn’t seem like this was the first time this had happened. It seemed like this was a relationship that has been strained for years and years and years, where Melania Trump, according to this book, has felt like Ivanka Trump has been this princess who wanted to take center stage, who wanted to co-host meetings and luncheons that were traditionally reserved for the first lady. And she wanted to be a part of them. And what that has left is an extremely bitter taste in her stepmother’s mouth, and a first lady who has felt like the princess of the United States of America, as she has hoisted herself up to be, has sort of taken a position that is inappropriate in Melania Trump’s eyes and behind the scenes, the first lady was not shy about expressing that to her friends.”