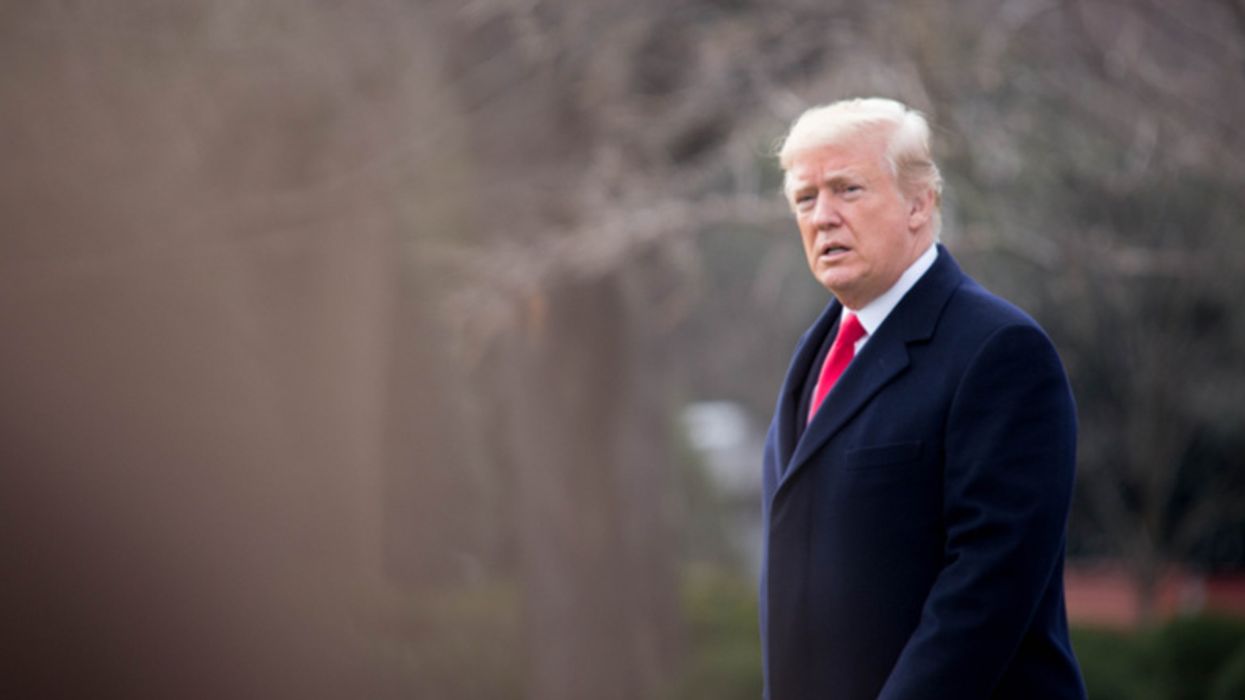 Donald Trump faced two grim milestones in the past weeks: the death of Supreme Court Justice Ruth Bader Ginsburg on September 18, followed closely by America's 200,000th death from the novel coronavirus pandemic on September 24. Trump may hope to use the sudden Supreme Court vacancy as catnip to unify his wavering conservative base, but he will find it much more challenging to outrun his administration's mishandling of COVID-19.

Nowhere was that mismanagement clearer than when Treasury Secretary Steve Mnuchin sat before the House Financial Services Committee last Tuesday to face questions about Treasury's lack of transparency around crucial pandemic assistance tools like the Paycheck Protection Program and Pandemic Unemployment Assistance.

Mnuchin managed to frustrate Democrats and Republicans alike with his lack of details on how over $600 billion in CARES Act money is being managed by the Treasury. GOP Congressman Ted Budd asked what more could be done to improve delivery of PPP support to struggling small businesses. When Florida Democratic Rep. Al Lawson Jr. asked Mnuchin what the White House is doing to save America's $4.4 trillion commercial real estate market, Mnuchin threw up his hands.

"There are structural problems," Mnuchin said. "It's an issue. We don't have a solution, we wish we did."

Now would be a good time for the White House to huddle up. Global financial markets have been reeling as news spread that Europe may enter a deadly second wave of coronavirus infections, potentially triggering another sweeping lockdown just as countries like the United Kingdom were beginning to emerge from six months of quarantine.

A second wave brings more than just renewed lockdowns: the University of Washington Institute for Health Metrics and Evaluation predicts a worst-case second wave could mean over 400,000 more deaths in the US between now and year's end.

You won't find any press conferences about the White House's second wave crisis plan. There is no sober analysis of the risks from Dr. Fauci or even the now-sidelined Dr. Deborah Birx. What you will find, still live on the White House website, is an article by Vice President Mike Pence flatly stating, "there isn't a coronavirus second wave."

Blatant disinformation campaigns like Pence's are why 2 in 3 Americans now disapprove of how the Trump administration is handling the pandemic. Only a third of independent voters think Trump has control of the crisis. Meanwhile a Harvard CAPS-Harris poll found nearly 60 percent of Americans preferred Joe Biden to lead the nation out of the pandemic.

"We've done a phenomenal job," Trump told the state media bobbleheads over at Fox News earlier this month. "Not just a good job, a phenomenal job." When asked how he'd rate his own performance, Trump graded himself an "A+," saying only that he could have done better with public relations around a pandemic that has infected nearly 7 million people and killed three times as many Americans as the Vietnam War.

Voters aren't buying Trump's wishful thinking. Neither, it seems, are his own medical experts.

Just days after Trump again promised a COVID-19 vaccine with mass availability before November 3, the Food and Drug Administration announced its stringent new standards for testing and approving a coronavirus vaccine. The FDA's safeguards make Trump's supercharged timeline impossible, but you won't hear the president admit he was wrong. Every time Trump's enablers allow him to retreat into comfortable fantasy instead of facing the tough reality of this pandemic, they further imperil the president's already struggling re-election efforts.

Trump's disastrous mishandling of COVID-19 has become a time bomb for Republicans from the state house to the White House, and the president's team is desperate for an opportunity to change the subject. No wonder Senate Majority Leader Mitch McConnell leapt at the opportunity to polarize Justice Ginsburg's death by ensuring an election-year Supreme Court nomination battle.

Biden's team isn't taking the bait. When Biden visited the Jerry Alander Carpenter Training Center in Wisconsin on Monday, he focused his remarks not on the Supreme Court fight brewing in Washington but on the real-world impact of Trump's COVID-19 mismanagement.

"I worry we risk becoming numb to the toll it's taken on us and our country and communities like this," Biden told voters in Manitowoc. "The virus was too big for [Trump]."

If Biden wants to flip states like Wisconsin back into the Democratic column, he should keep COVID-19 front-and-center in his messaging. Contrary to Trump's portrayal of coronavirus as a "blue state" disease, small towns across the country account for a growing number of deaths and COVID-related job losses. Many of those communities are in former Trump strongholds like Texas, North Carolina, Georgia and Iowa.

With major media outlets turning their attention to the unfolding drama on Capitol Hill, Biden's campaign has a rare opportunity to keep attention on the men and women struggling to recover from a summer of death and economic turmoil. By keeping the focus on our ongoing fight against the coronavirus, Biden offers a megaphone to the Americans forgotten by a White House hopelessly out of its element.

After a bold 2016 pledge to fight for the "forgotten men and women" of America, Donald Trump has retooled his entire campaign to make the concerns of regular Americans invisible. With the first presidential debate looming ahead, Biden is playing offense on COVID-19 while Trump refuses to take the field at all. Voters won't forget who stood with them in their most difficult hour.