Trump associates fear his gloating about Ginsburg replacement will blow up in his face: report 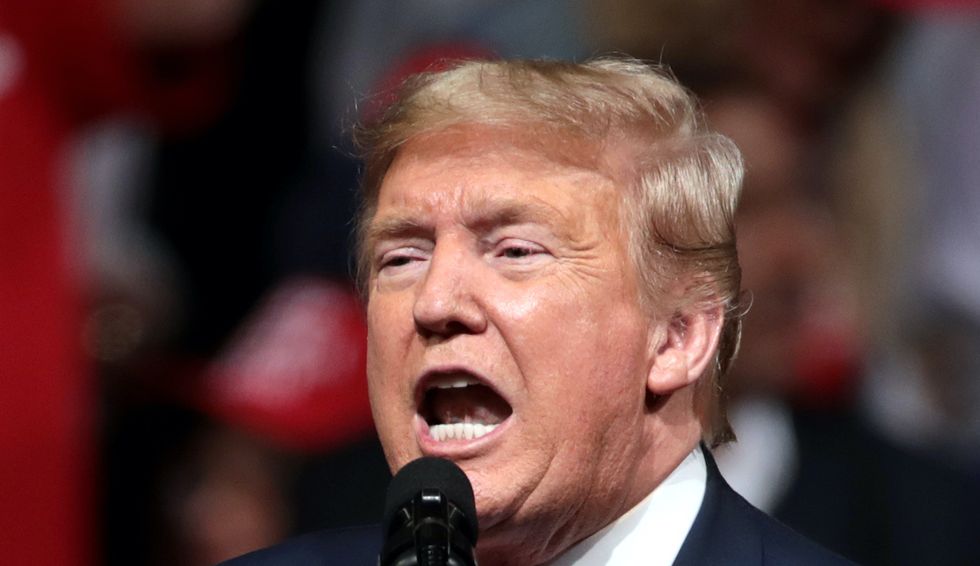 According to interviews in Politico with former associates of Donald Trump, the president is reveling in the fact he may very well be able to make a third lifetime appointment to the Supreme Court before the November election but it is only a matter of time before he goes overboard and causes another controversy.

With the passing of Supreme Court Justice Ruth Bader Ginsburg, the president is riding high because it has knocked reports of a poor economy and over 200,000 dead from the coronavirus pandemic off the front pages giving Trump a reprieve as the election nears.

Trailing in the polls, the president’s opportunity to make waves with Republicans with his high court pick could help invigorate his campaign but it also comes with a downside according to some who know Trump all too well.

According to the report, “Close observers of Trump’s career know that such moments are fraught with risk for him,” with Politico’s Michael Kruse adding, “So many questions, of course, roil this tumultuous moment in American politics, but the most operative for Trump might be this: Can he, at 74 years old, continue to do for days or weeks what he did Friday night—arguably for the first time in his whole life—and just hold himself in check, say the diplomatic thing rather than the nakedly partisan one, and let the possible or even probable spoils of this development wash over him?”

“He might be a little reserved for a day or two,” explained former Trump casino executive Jack O’Donnell, “but then look out.”

“Donald can act for a time,” Johnston said, “but he can’t sustain it.”

Former Trump Organization Executive Vice President Barbara Res couldn’t even put it into words, telling Politico, “I’m sure his staff will try to get him to hold back, but…”

According to another Trump biographer, Tim O’Brien, the president can’t help himself when he thinks he’s on a roll.

“No. Absolutely not. Does Trump ever lay low? And this is a major event. It’s like red meat for him. He’s not going to be, you know, a wallflower while people are debating Ginsburg and the future of the court,” he explained. “He’s first and foremost, because he’s so insecure, an attention addict—so any event that he can participate in, in which he gets attention, he does, no matter how grotesque or crass it is.”

Casino exec O’Donnell went so far as to make a prediction, telling Politico, “It will not be long before he says she [Ginsburg] was actually a very bad judge.”