‘This is only the beginning’: Atlantic editor warns Trump there's more to come over his soldier insults 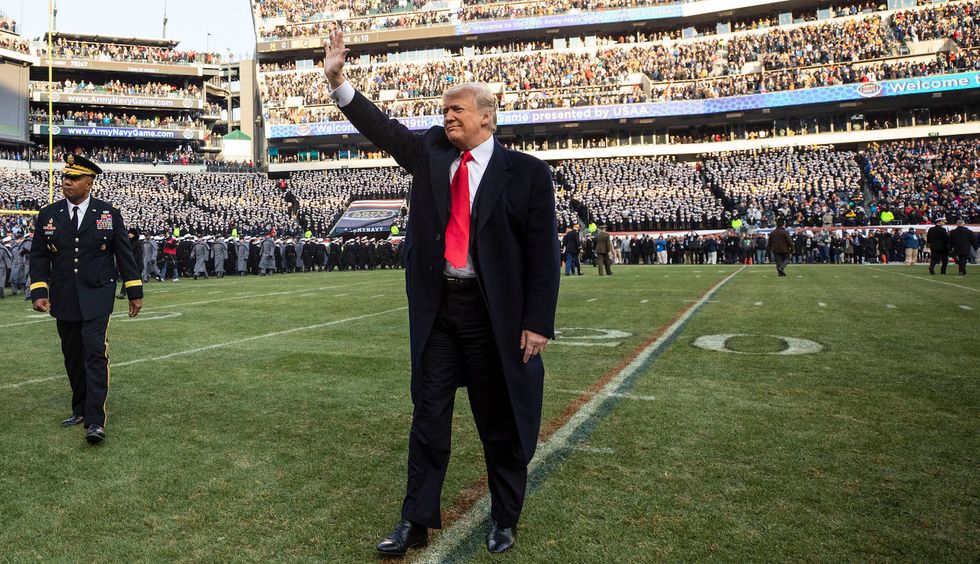 Atlantic editor-in-chief Jeffrey Goldberg warned that more could be coming in the story about President Donald Trump’s attacks on American soldiers. Trump was exposed for calling those who died in battle “losers” and “suckers.

“I would fully expect more reporting to come out about this and more confirmation and new pieces of information in the coming days and weeks,” Goldberg told CNN Sunday. “We have a responsibility and we’re going to do it regardless of what he says.”

Trump’s campaign has attacked The Atlantic story, saying that it cites anonymous sources and as a result, it can’t possibly be real. The problem, however, is that Fox News, the Associated Press, the New York Times and CNN have all confirmed the sources are real.

Goldberg explained that’s how the press does its job and is able to get information about things that happen behind closed doors.

“We all have to use anonymous sources, especially in a climate where the president of the United States tries to actively intimidate,” Goldberg said about the sources. “These are not people who are anonymous to me.”

It was a topic that Watergate investigative reporter Carl Bernstein explained is a crucial tool for journalists.

Trump’s team has a knack for going on the attack against anyone who speaks out against the president. Supporters call in threats or try swatting a Trump foe. There have been death threats, threats to someone’s family and bombs mailed to reporters.

Instead of attacking the source behind the story, Trump went after Laurene Powell Jobs, wife of the late Steve Jobs, who is part owner of The Atlantic.

“We’re not going to be intimidated by the President of the United States. We’re going to do our jobs,” Goldberg said.