'They hate my guts': Lindsey Graham is freaking out and sounding desperate 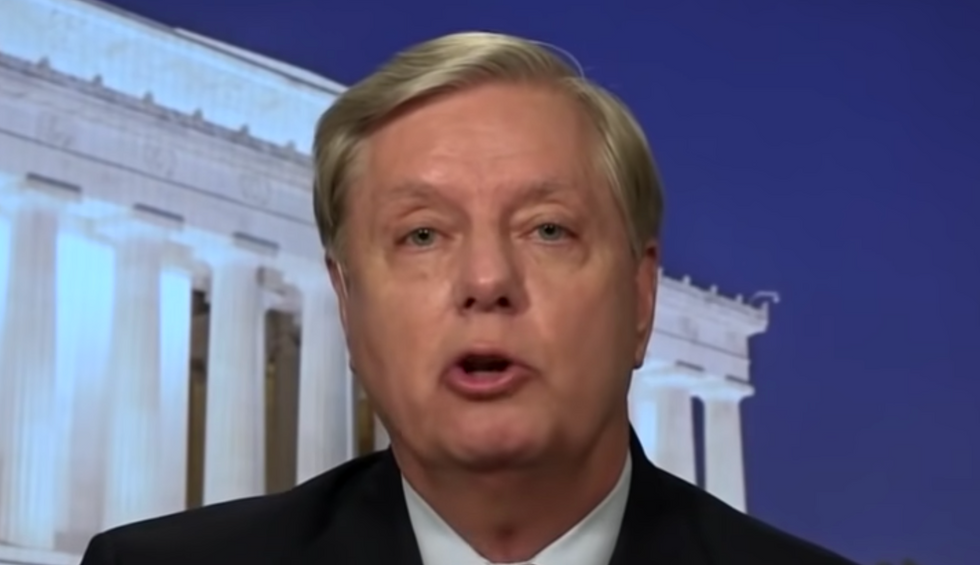 As deep red as South Carolina is — President Donald Trump carried the state by 14% in 2016 — Republican Sen. Lindsey Graham is fighting a surprisingly tough reelection battle this year. His Democratic challenger in South Carolina’s U.S. Senate race, Jaime Harrison, is trailing him by only 1% in a Morning Consult poll released this week — while a recent Quinnipiac University poll found Graham and Harrison tied at 48% each. And during a Fox News appearance on Thursday, Graham complained about how robust Harrison’s fundraising has turned out to be.

The South Carolina senator told Fox News’ Ainsley Earhardt, “My opponent will raise almost $100 million dollars, Ainsley, in the state of South Carolina. The most money ever spent in the history of the state on a Senate race was by me in 2014, when I spent $13 million.”

Graham went on to say that the death of U.S. Supreme Court Justice Ruth Bader Ginsburg on September 18 has energized Harrison’s fundraising, which was already energetic to begin with.

“[Harrison] raised $6 million from the time Justice Ginsburg passed away within 72 hours,” Graham told Earhardt. “And God bless Justice Ginsburg. We’re celebrating her life. I appreciate waiting until Saturday to announce the replacement. But I’m being killed financially. This money is because they hate my guts.”

Graham has drawn the ire of Democrats for insisting that a Senate vote on a Trump nominee for the Supreme Court needs to be held as soon as possible. This a major flip-flop from Graham, who previously promised that if a Supreme Court seat became vacant this election year, he wouldn’t favor voting on a nominee.