'They capitulated to Trump': Former RNC chairman slams his party for bending to the president's will 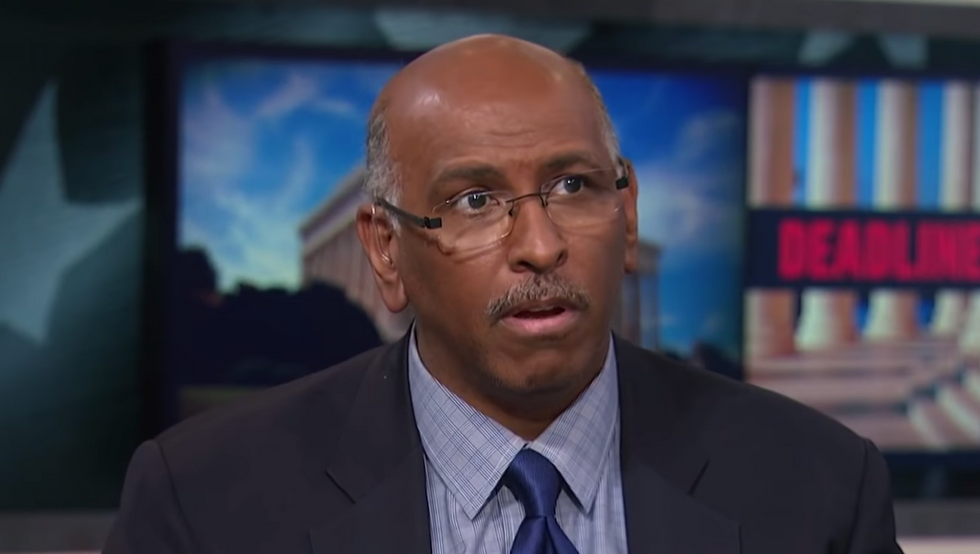 From 2009-2011, the United States has its first black chairman of the Republican National Committee, Michael Steele, at the same time it had its first black president: Barack Obama. Steele was often critical of Obama in those days, but now, he is much more critical of President Donald Trump and is often featured as a pundit on liberal-leaning MSNBC — and Steele discussed the state of his party during an interview with the Guardian published over Labor Day Weekend.

Steele, a self-described “Lincoln Republican” who leans conservative but isn’t far-right, has made no secret of the fact that he is hoping that former Vice President Joe Biden defeats Trump in this year’s presidential election. Unlike some Never Trumpers, however, he hasn’t left the GOP — although he is disappointed with the direction it has taken under Trump.

Looking back on Trump’s 2016 campaign, Steele told the Guardian, “Out of the gate, he starts, ‘Mexicans are murderers and rapists, I’m gonna build a wall, they’re coming after you’ — creating this other narrative about the very people, the very voters that the party had just spent over a million dollars putting on paper that they wanted to attract. What was the party response? Capitulation.”

Steele continued, “I can’t explain it because it damn sure wouldn’t have happened if I were chairman, I can tell you that, and people in this party know that’s true. So, the fact of the matter is they need to explain why they allowed Donald Trump to crap all over their plans to build out the party after they lost the 2012 election.”

Despite its liberal leanings, MSNBC regularly features a lot of anti-Trump conservatives — including “Morning Joe” host Joe Scarborough (a former GOP congressman), Nicolle Wallace (former White House Communications director under President George W. Bush’s administration) and GOP strategist Susan Del Percio. And Steele often joins them in expressing his disappointment over the direction the Republican Party has taken under Trump — which was a recurring theme during his interview with the Guardian.

Steele, who served as lieutenant governor of Maryland before becoming RNC chairman in 2009, said of his party, “They have to explain why they capitulated on Russia and deficit spending and allowed Donald Trump to put children in cages and they remained silent. They have to explain why a party that stood with the Statue of Liberty in the New York Harbor and promoted legal immigration and promoted the ideals of this country suddenly was interested in building a wall. I can’t explain that. That goes against my values.”

Steele went on to stress that the Republican Party still has a major problem with African-Americans. The GOP, he complained, is “leaving off the table a lot of things that go to the heart of the pain of black people right now” — and its “law-and-order response to the killing of George Floyd” ignores that pain.

“So. what are you so afraid of?,” Steele asks fellow Republicans. “You’re afraid of exactly what Donald Trump wants you to be afraid of. That’s why he’s promotes this narrative that they’re coming for you. They’re coming to take your homes. Well, who’s they? Well, first off, Donald Trump, black people live in suburbia. Hello! That’s where I live. So, we’re here already.”

Looking ahead to November’s election, Steele told the Guardian, “I don’t know what lessons will be learned. That’s going to be the test coming out of the gate, and that will actually be the test whether Donald Trump wins or loses. How does the party pick itself up? There will be a fight, a battle for the definition of the Republican Party, for the definition of conservatism. We’ll see how people decide to play that out.”