The strange case of Carroll v. Trump — an adventure in Wonderland 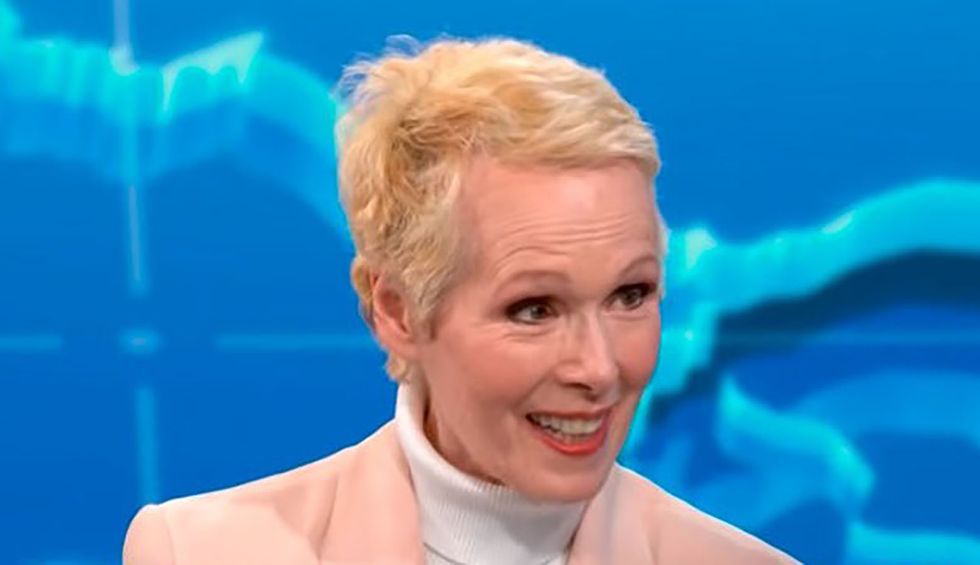 Normally, a party does everything possible to avoid litigation. Polonius advised Laertes to “beware of entrance to a quarrel.” Litigation is a disaster. It is expensive and time-consuming. It is always risky to be a plaintiff, but it is more than risky to be on the receiving end —unless of course you are Donald Trump — and your lawyer is Bill Barr.

It is nothing short of amazing that Bill Barr’s Justice Department has intervened in the civil suit for libel brought by the writer E. Jean Carroll. Carroll claims Trump raped her in a Bergdorf Goodman dressing room in the 1990s, many years before he was President. That alleged conduct is most likely beyond any period of limitations. But when Carroll aired her allegations, Trump from his “bully presidential pulpit” called her a liar, denied Carroll’s charges and asserted that it couldn’t have happened because Carroll is “not his type “—a phrase, borrowed from Marcel Proust, that he has made about other women who alleged he had made unwanted advances. So Carroll sued him for libel in the New York state courts.

Trump’s first line of defense was that he was immune from civil suit in the state courts, as long as he occupied the Oval Office, but the Supreme Court disposed of that one in Clinton v. Jones many moons ago. The Court recently reaffirmed this principle in the subpoena case involving the effort of Manhattan District Attorney Cy Vance to obtain his pre-presidential tax returns. It is plain that in America, the President is not above the law, and may be sued civilly for private conduct.

The truth is always relevant in a libel action, and the state court proceeded with discovery, even ordering a specimen of Trump’s DNA which Carroll said might match genetic material on the dress she claims she wore at the time of the alleged incident.

This was too much for Barr. He believes in a president who is as close to being above the law as the law allows. In any event, he was determined not to let this humiliating lawsuit to go forward before the November election. Who knows what it might reveal?

So Barr had the Department of Justice intervene in the case, and petitioned the federal court to permit the United States, which Carroll would not have dreamt of naming in her complaint, to join the action. Trump’s statements were, Barr claimed,  made in the course of his official duties.

Trump, although a recent citizen of Florida, could not have himself removed the case to federal court since the 30-day period for removal is jurisdictional, and it had long since expired.

How by any stretch can a sitting President claim that a libelous statement about personal pre-presidential conduct is made in the course of his official duties? It sounds utterly preposterous.

Barr’s intervention is but another example of his politicization of the Justice Department. Face it, he is no independent minister of justice; he does his master’s bidding. It is also a flagrant waste of taxpayers’ money. Justice Department lawyers are supposed to represent the United States when it is sued, not entangle itself in private lawsuits.

Barr’s motion to substitute party is pending before U.S. District Judge Lewis Kaplan of the Southern District of New York. The case was briefly captioned “Carroll v. United States of America” before reverting to “Carroll v. Trump.” No one knows exactly what is to be made of this.

If Trump’s allegedly libelous statements occurred within the scope of his employment as President, he would be protected by sovereign immunity, which shields government employees, acting in their official capacity, from defamation claims. It is unlikely that he can prevail on this. We do not believe in l‘état, c’est moi. There is no plausible governmental purpose served by saying that a woman who has accused him of rape is a liar, and that she is “not his type.” Moreover, Trump made these statements not once but many times in various venues, including pressers and in a standalone where he trashed E. Jean Carroll.

Trump was facing a deadline to appeal the state court ruling that he is not immune from Carroll’s suit. Roberta Kaplan, Carroll’s lawyer, noted that the New York courts had decided that Trump soon would have to produce documents, provide a DNA sample, and sit for a deposition. She said: “Realizing that there was no valid basis to appeal that decision … on the very day that he would have been required to appeal, Trump instead enlisted the U.S. Department of Justice to replace his private lawyers and argue that when he lied about sexually assaulting our client, explaining that she ‘wasn’t his type,’ he was acting in his official capacity as president of the United States.”

As Alice said in Wonderland, it just gets “curiouser and curiouser.”

James D. Zirin, a lawyer, is the author of the recently published book, “Plaintiff in Chief, -A Portrait of Donald Trump in 3500 Lawsuits.”