The prospects of people unemployed by the pandemic look 'increasingly grim': economist 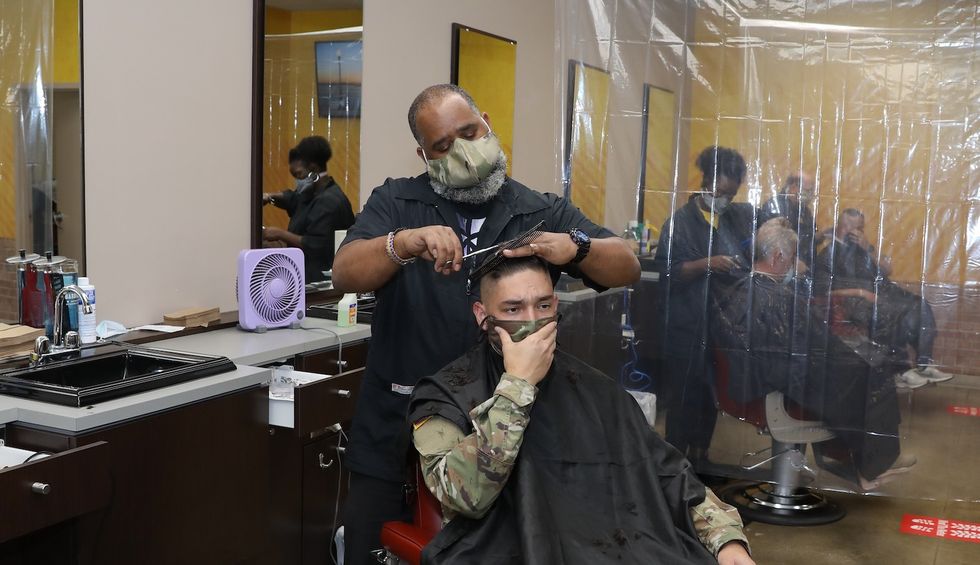 FORT BENNING, Ga. – At the main Exchange barber shop on Fort Benning May 27, business is done under safety precautions against the spread of COVID-19, including wearing of cloth face coverings, social distancing, and use of plastic sheets between haircutting stations, among other steps. Such physical measures, as well as closed schools, limited recreational opportunities, and uncertainties about the future, are only a few of the ways in which the pandemic is affecting daily life, and officials here note that some are feeling increased stress. To help ease the strain, they've published a video online May 28 in which they offer guidance on how to cope and on where to go for further help.(U.S. Army photo by Markeith Horace, Maneuver Center of Excellence, Fort Benning Public Affairs) (MARKEITH HORACE )
Alex Henderson
September 07, 2020

During the coronavirus pandemic, many unemployed U.S. workers have found themselves in a state of limbo: they were furloughed from their jobs and are unsure when or if they will be rehired. Morning Consult, in a survey released this month, found that although overall unemployment in the U.S. was lower in August than it was in July, those who have been out of work are growing more pessimistic.

John Leer, an economist for Morning Consult, reported, “Americans continued to gradually return to work in August, with 8.6% of workers who were employed in January reporting they were out of work in August, down from 11% in the first half of July. Recent improvements in the demand for labor are creating two distinct employment paths as the economy recovers. On the one hand, a growing share of workers who are now back to work feels secure in their jobs and does not expect to suffer a loss of employment income over the next four weeks. On the other hand, unemployed workers are losing hope of returning to their prior jobs, and 50% of unemployment insurance recipients are unable to cover their basic expenses with the money they receive from (unemployment) benefits.”

Leer reported more good news for Americans who are still working but more bad news for those who have been out of work during the pandemic.

“Morning Consult data suggests most employed workers are well-positioned to keep their current jobs, but it also paints an increasingly grim picture for unemployed workers,” Leer explained. “The likelihood of laid-off and furloughed workers returning to their prior employers continues to fall, and given limitations in skills and training, it will become increasingly difficult for them to find work in new industries…. Adding insult to injury, the share of unemployed workers unable to cover their basic expenses with their unemployment benefits rose to 50% in August, or an estimated 8.3 million Americans.”

So, roughly one in five Americans believe that the pandemic has hurt their productivity — while almost three out of four either consider themselves more productive or equally productive.