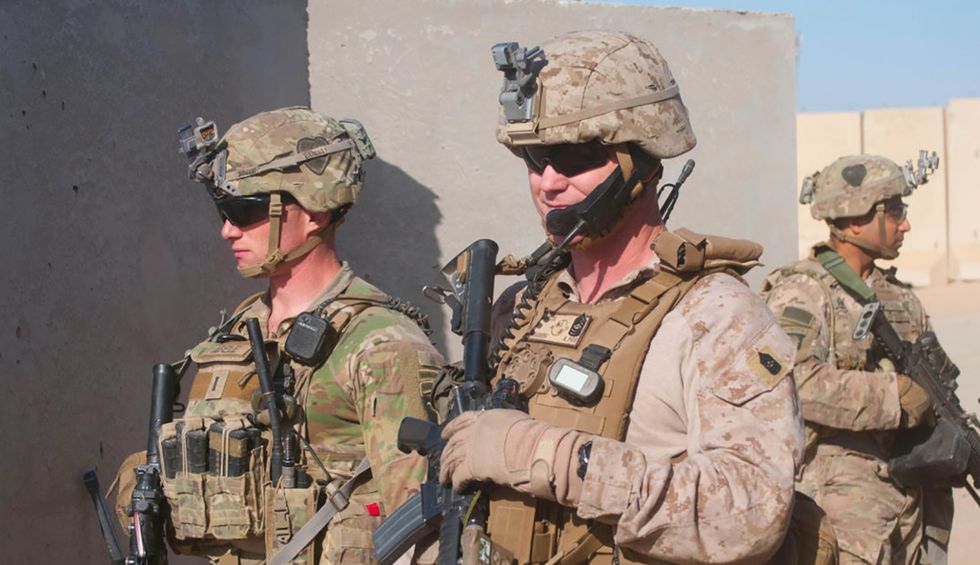 President Donald Trump has vehemently died the allegations in a recent bombshell article by The Atlantic’s Jeffrey Goldberg, who reported that according to his sources, Trump has repeatedly insulted members of the U.S. military and described them as “suckers” and “losers.” But Goldberg’s reporting has been corroborated by CNN, the Washington Post, the Associated Press and even Fox News, and Never Trump conservative David Frum — in an article published by The Atlantic on September 8 — stresses that one isn’t seeing a lot of veterans rising to Trump’s defense.

“Trump’s protestations have been seconded by his wife,” Frum observes. “The first lady’s endorsement of Trump’s pro-military credentials has been repeated by Trump cabinet secretaries, as well as by Fox News talking heads, and by a recipient of a Trump pardon. Amid the clamor, it’s easy to overlook those who are not yelling, those who are keeping silent. Where are the senior officers of the United States Armed Forces, serving and retired — the men and women who worked most closely on military affairs with President Trump? Has any one of them stepped forward to say, ‘That’s not the man I know?’”

Frum adds, “How many wounded warriors have stepped forward to attest to Trump’s care and concern for them? How many Gold Star families have stepped forward on Trump’s behalf? How many service families? The silence is resounding. And when such voices do speak, they typically describe a president utterly lacking in empathy to grieving families, wholly uncomprehending of sacrifice and suffering.”

Frum goes on to list examples of veterans Trump has publicly insulted, from former Secretary of Defense James Mattis (who he denounced as “the world’s most overrated general”) to Gen. Stanley McChrystal (who he described as a “Hillary [Clinton] lover” with a “big dumb mouth) to Adm. William McRaven.

“Perhaps it’s no surprise that when Trump went looking for military character witnesses, he could find so few to vouch for him,” Frum argues. “One of the most striking things about Trump is how seldom, if ever, anybody tells a story of kindness and compassion about him. Not even his own children have much to say.”

Frum wraps up his article by noting that after Goldberg’s piece was published on September 3, other major publications did some investigating of their own and found his reporting to be accurate.

“When it is reported — first in The Atlantic, then by the Washington Post, the AP, CNN and Fox News — that multiple sources have heard Trump sneer and jibe at America’s fallen, the reporting rings true because it is consistent with the public record,” Frum writes. “The denials ring false because they defy that public record. The things reported fit in the mouth you know. Everybody knows it’s true, and most especially those who have been tasked to deny it.”