Some anti-abortion activists can’t bring themselves to support Trump’s reelection — no matter how much he claims to support their cause: report 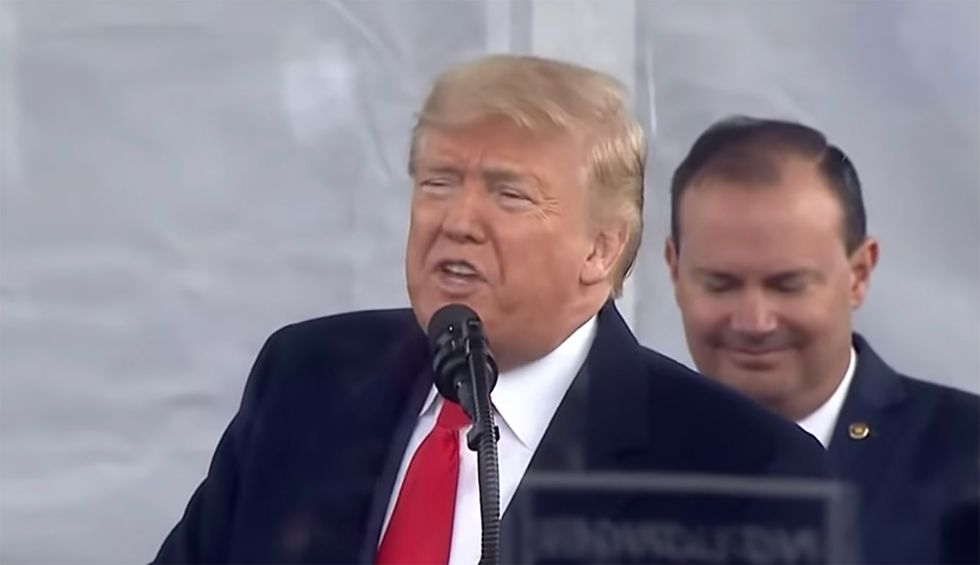 Fr-right white evangelicals have been a major part of President Donald Trump's MAGA base, and he has been great at parroting their view of the world — including their disdain for abortion. But writer Daniel Silliman, in a September 1 article for Christianity Today, reports that some anti-abortion Christians are conflicted about Trump. Others are flat-out refusing to support his reelection campaign.

One abortion opponent who has openly come out against Trump is Stephanie Ranade Krider, former executive director of Ohio Right to Life. Krider, Silliman notes, resigned from that anti-abortion group on June 30 rather than support Trump’s reelection campaign.

Krider, an evangelical who had been with Ohio Right to Life since 2009, told Christianity Today, “You learn to hold certain things in tension, and for me, it came to a point where I couldn’t anymore. I’ve been grateful for the things Trump has accomplished and skeptical of his pro-life views. Always, there has been this undercurrent where he just does not respect women and he does not like black and brown people. I can’t look at any of his behavior and see evidence of the Holy Spirit in his life.”

And Krider, Silliman explains, is not alone in that regard — there are other anti-abortion activists who maintain their opposition to abortion but cannot bring themselves to support Trump this year no matter how much he claims to support their cause.