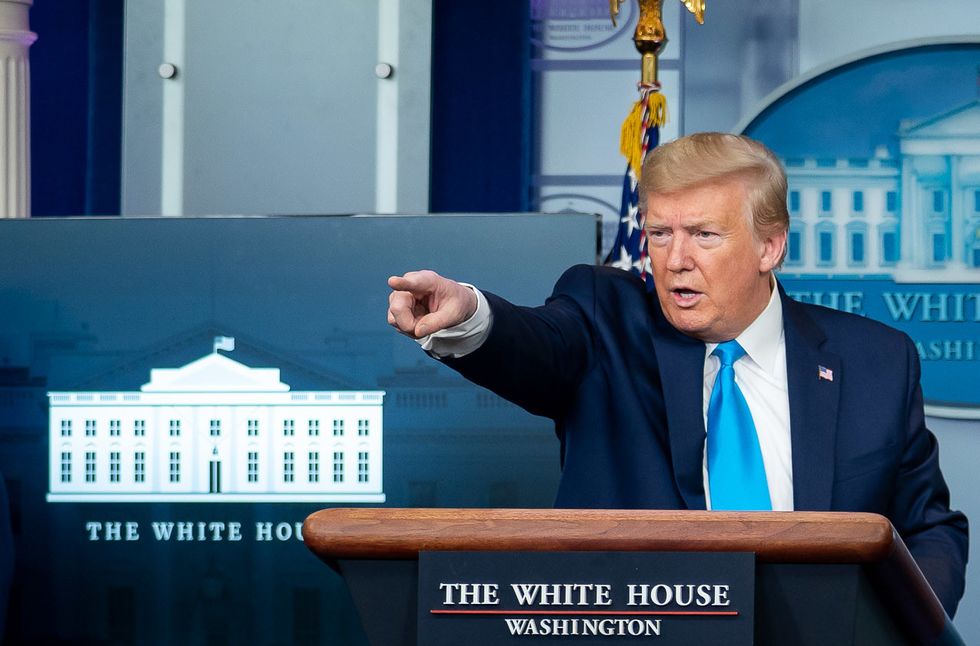 Although veteran conservative columnist/author Mona Charen has spent much of her career bashing liberals and progressives, she is a blistering critic of President Donald Trump — and the 63-year-old Charen has made no secret of the fact that she plans to vote for former Vice President Joe Biden in the 2020 presidential election. Charen, who was a speechwriter for First Lady Nancy Reagan during the 1980s and worked in the Reagan White House, has little patience with former Trump critics on the right who are now saying that they “have to” vote for him this year because Democrats have moved too far to the left. And Charen, in a September 16 article for the conservative website The Bulwark, lambasts the American Enterprise Institute’s Danielle Pletka for making that type of assertion.

Charen explains, “Danielle Pletka, senior fellow at the American Enterprise Institute, has announced that while she never considered voting for Donald Trump in 2016, she may well do so this year. Oh, to be sure, she deplores Trump’s ‘odious tweets, chronic mendacity, and general crudeness.’ But she is being driven to this extremity by the ‘hard-left ideologues’ of the Democratic Party…. Judging by chatter on the right, this rationalization…. is somewhat popular.”

Pletka, in a September 14 op-ed for the Washington Post, claimed, “Joe Biden would be a figurehead president, incapable of focus or leadership, who would run a teleprompter presidency with the words drafted by his party’s hard-left ideologues.” But Charen vehemently disagrees, stressing that Biden is still very much a centrist.

“Biden ran a centrist campaign throughout the Democratic primaries despite lots of encouragement to tilt left,” Charen argues. “He resisted the siren song of Medicare for all and opposed open borders, free public college tuition, banning fracking and defunding the police. If the left couldn’t budge him when he was just one candidate in a field of 29, what makes people think they will have better luck when he is the party’s nominee, or the president of the United States?”

Charen goes on to say that “Trump supporters like Pletka have taken to suggesting that Biden will be merely a cardboard cutout and that the real power will be wielded by fill-in-the-blank: Elizabeth Warren, Alexandria Ocasio-Cortez or Rashida Tlaib…. This is rubbish. Biden is on record opposing nationalized health care, and he has never remotely suggested support for dismantling U.S. borders.”

The Never Trump conservative argues that whatever Biden’s flaws, he respects the rule of law — unlike Trump.

“If Pletka is genuinely alarmed by the extremism of the left,” Charen writes, “maybe the best solution is not to throw herself into the arms of an openly racist, authoritarian right-wing extremist who embodies every stereotype the left harbors about conservatives….  If the rule of law is undermined as Trump is doing and threatens to accelerate, everything else — prosperity, civil cohesion, security — is in danger. Those are the stakes.”