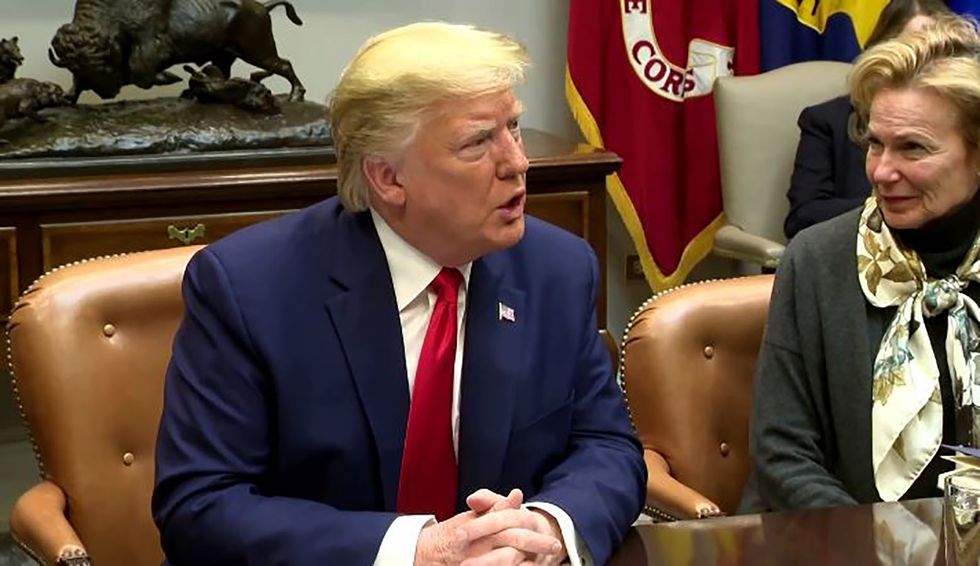 If former Vice President Joe Biden carries every state that fellow Democrat Hillary Clinton won in 2016 and flips at least three Rust Belt states that President Donald Trump won (Pennsylvania, Michigan and Wisconsin), he would have enough electoral votes to be elected president of the United States in November. Trump's campaign is well aware of what, which is why he has been campaigning so aggressively in the Rust Belt. In an article for RealClearPolitics, Sean Trende examines some of the things it would take for Trump to pull off the type of Rust Belt victories he did four years ago.

Examining RealClearPolitics' polling data, Trende notes, "It is much more straightforward to make the case for a Joe Biden win. He’s up seven percentage points in the RealClearPolitics average of national polls, and leads in the key swing states. This lead has been durable and stable over the course of the race. The president has presided over an economic collapse and a pandemic that will have killed more than 200,000 Americans by the end of this month. But what if Trump does pull out the win again?"

Trende goes on to lay out "the best case to be made now for how Trump is reelected," and it includes the following: (1) Trump's "job approval solidifies," (2) the "economy continues to improve," and (3) Biden’s "problems with the (Democratic) base are real."

"The spate of recent stories suggesting that Biden is having difficulty generating Hispanic and, to a lesser extent, Black support is at least worth taking note of," Trende days. "I don’t read too much into it right now; these stories are hit-and-miss in their accuracy. But if Biden loses, this will likely be a large part of it."

He also noted that while Trump is unpopular, he's not quite as unpopular the most recent incumbent presidents were when they lost re-election.

In a Twitter thread posted on Friday, polling expert Nate Silver discussed the possibility that polls showing Biden leading Trump in swing states are off:

Here are some of Silver's other observations:

But for the time being, most of Trump's not-inconsiderable hopes of winning re-election stem from tightening the ra… https://t.co/j0YguuRvGo
— Nate Silver (@Nate Silver)1600454416.0