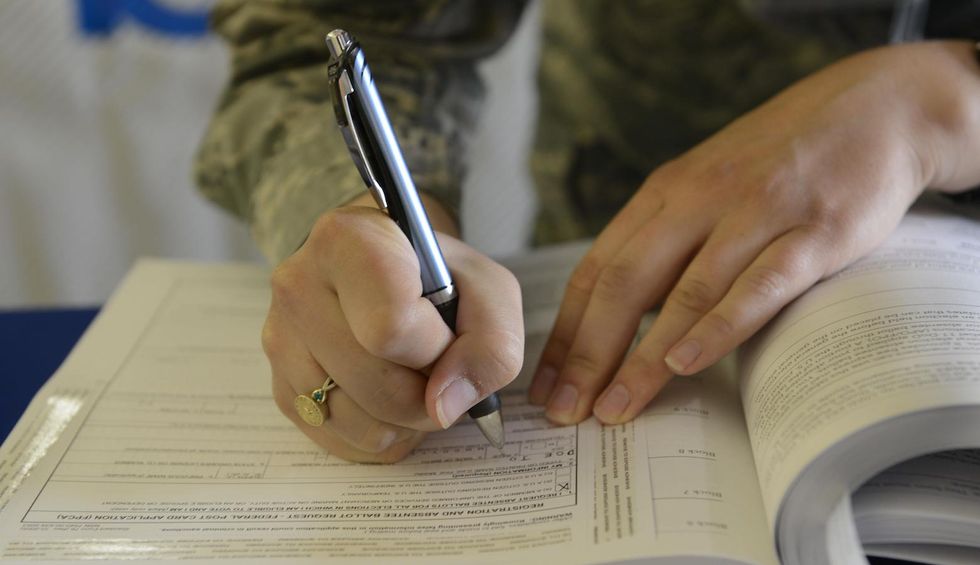 A top Philadelphia election official is sounding the alarm bells that a technicality in a recent state Supreme Court ruling could lead to the invalidation of up to 100,000 mail-in ballots statewide, according to The Washington Post.

The warning is particularly worrisome for a battleground state that remains tight and that Donald Trump won by just 44,000 votes in 2016.

The problem, according to Lisa Deeley, the Democratic chairwoman of Philadelphia’s election board, is the court's ruling that ballots must be inserted in an extra "secrecy envelope" that goes inside a larger envelope used to mail ballots back. Any ballot received without the secrecy envelope would not be counted, and the voters who sent them would have no recourse.

It's what's referred to as a "naked ballot," and during the primary, officials were allowed to accept naked ballots due to the uptick in voters using absentee ballots for the first time based on pandemic concerns.

Deeley estimates the requirement could cause tens of thousands of votes in the Philadelphia area to be rejected, along with plenty more across the state.

According to the Post, Pennsylvania is one of about 16 states that require a secrecy envelope, but some states decided to waive the requirement this year due to the crush of mail ballots election officials expect to process.

Deeley is hoping state lawmakers will do the same, but Republicans, who control both the House and Senate chambers, are against making any moves to rectify the situation, according to the AP.

“We believe this issue is settled for this election,” a spokesman for House Speaker Bryan Cutler, R-Lancaster, said in a statement. Naturally, that’s because Democratic voters are requesting mail-in ballots at a roughly three-to-one margin, so Republicans are plenty happy to see those voters disenfranchised. That’s how democracy works in the view of Republicans.

Ultimately, this may come down to a massive voter education drive on the fly.