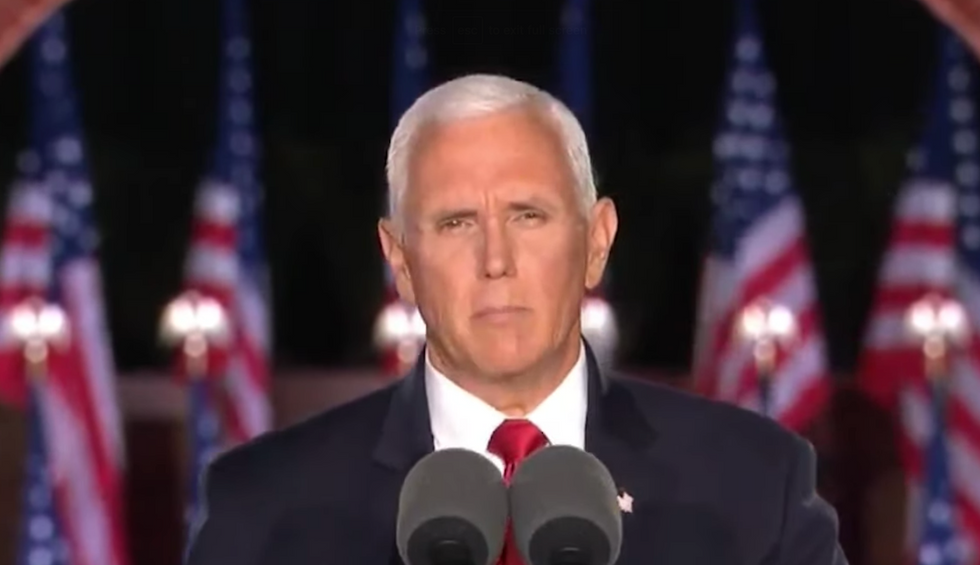 Pence said the nominee should get a committee hearing, but only “if needs be.”

He might have been thinking that since Chairman Lindsey Graham has already said there are enough votes to confirm, even though no one knows who the nominee is, why take up valuable time when the outcome has, for the first time in U.S. history, been preordained without even a facade of interest in vetting.

Insisting that Trump has “a duty” under “the Constitution to appoint a new justice to the Supreme Court,” Vice President Pence said, “we respect the role of the Senate to advise and consent but President Trump truly believes that the Senate should move thoroughly thoughtfully and quickly and and move to consideration a hearing, if needs be and ultimately to a floor vote because we you know we have, we have major issues in the country today.”

What are the major Supreme Court issues?

“You know, Lou with all of the talk about universal unsolicited mail and validating where we see states around the country that are now, extending the deadline,” Pence said, referring to President Trump’s lie that voting by mail will make the election “rigged.”

“There is a possibility that election issues may come before the Supreme Court in the days following the election and all the more reason why we should have nine justices on the Supreme Court to, to be able to resolve any issues that may arise then or on any other matters.”

In other words, Trump wants a justice on the nation’s top court prepared to hand him the election.

Mike Pence urges the Senate to confirm SCOTUS nominee quickly, with "a hearing if needs be," because there may be l… https://t.co/qCowfVqSeV
— Jason Campbell (@Jason Campbell)1600809503.0