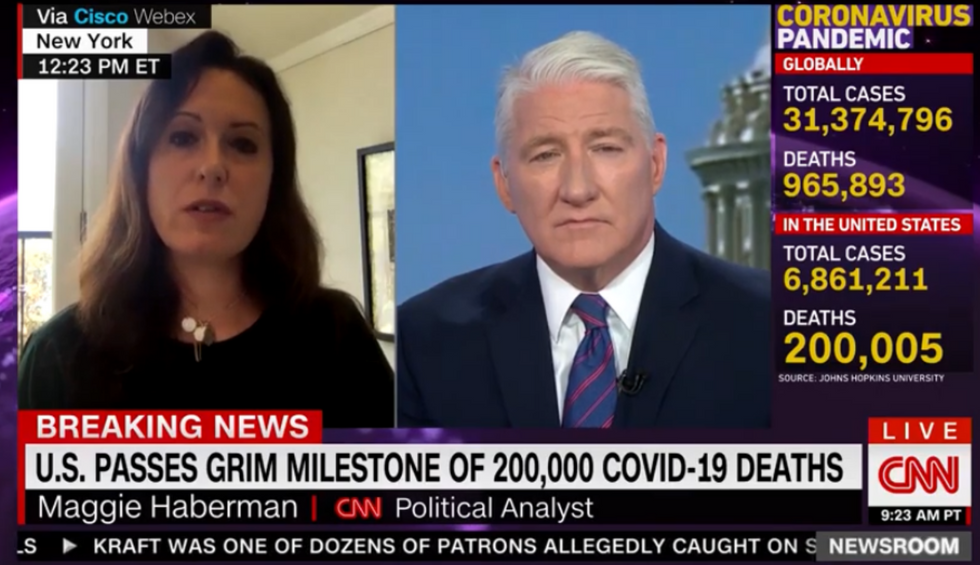 Political analyst Maggie Haberman is not sure another Conservative judge on the Supreme Court will be enough for President Donald Trump to take back the Oval Office in November.

Haberman appeared on CNN with host John King where she discussed the possible impact of Sen. Mitt Romney's (R-Utah) decision to consider supporting Trump's Supreme Court nominee. While many people have expressed outrage over Romney's decision, Haberman admitted that she is not surprised by the Republican lawmaker's actions.

"I think people who thought that Mitt Romney was sort of this resistance figure hero... He's a very conservative person. Mitt Romney has flip-flopped on a number of issues over the years but generally speaking, he has held Conservative positions particularly on issues like these," Haberman said, adding, "And that matches the state he represents."

King noted that although a 6-3 majority is typically a Republican's dream, he questioned whether or not that would serve as a benefit for Trump in the short-term due to the demographical make-up of the country. With several swing states still up for grabs in the upcoming November election, Trump's Supreme Court nominee could either help or hurt his chances of winning certain swing states. Haberman agreed that it could, subsequently, lead to some complications for the president.

She highlighted how Trump's decisions are typically motivated by the responses he receives from Conservative Christians and evangelicals. However, by only focusing on his base, Trump runs the risk of losing swing voters that could ultimately determine the outcome of the election in several states.

Haberman's remarks come just one day after Trump's visit to Fayetteville, North Carolina, where he asked the crowd to weigh in on whether or not he should select a male of female nominee for the Supreme Court. The president is leaning more toward selecting a female nominee based on the crowd's reaction.

Trump is expected to announce his Supreme Court nominee in the coming days.