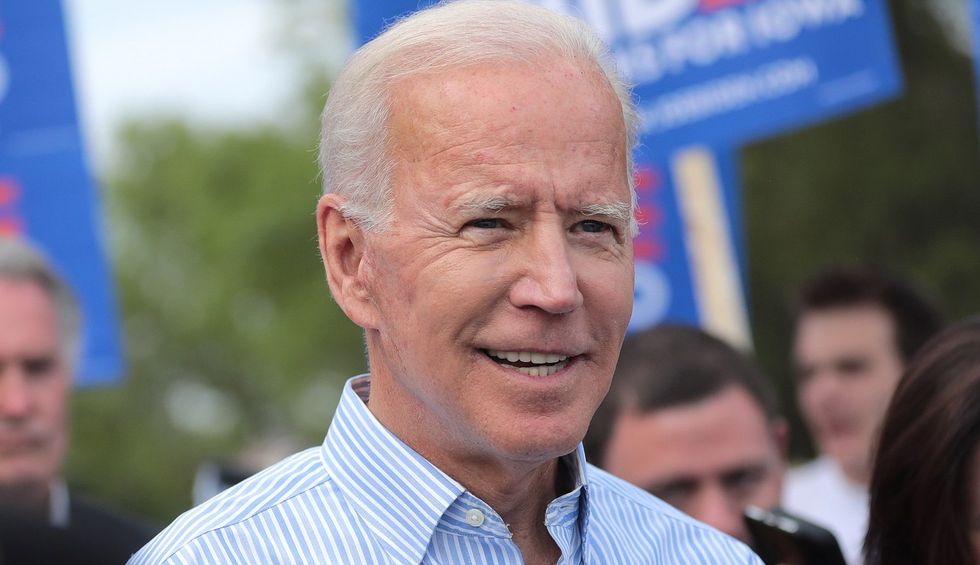 The polling, released on Sunday, finds Biden leading Trump 62% to 26%, though that slightly trails the 63% support that NBC News/Wall Street Journal/Telemundo found for former Democratic presidential nominee Hillary Clinton in 2016. However, Biden is also seeing massive support among younger Latino voters, NBC News reports: “Biden's greatest support among Hispanic registered voters is among those 18 to 39 years old—71 percent of that group backs him.”

While Biden has just a slight two point lead over Trump when it comes to handling the economy, the new polling finds the Democratic nominee “holds wide leads on other top issues, including on handling coronavirus, addressing the concerns of the Hispanic and Latino community and treating immigrants humanely,” The Wall Street Journal reported.

Other recent polling from CBS News is also finding Biden leading among likely Latino voters in Florida and Texas. “This is now 3 public polls with Biden leading by around 20 points among FL Latinos,” tweeted Latino Decisions co-founder and Biden pollster Matt Barretto. “We are working hard nonstop to earn the Latino vote.”

“In Texas, where Hispanic voters tell us they are overwhelmingly of Mexican or Chicano descent, support for Biden is both a little more widespread and cuts across generational lines,” CBS News reported. “Six in 10 Hispanic likely voters, young and old, currently support Biden.”

“In 2016 voters were about evenly divided in the share saying that the growing number of newcomers strengthens American society,” Pew said, finding that 46% of all voters agreed with the statement. Four years later, that number has now surged to 60%. Americans “across the political spectrum have shifted in a more liberal direction in this domain,” researchers said.