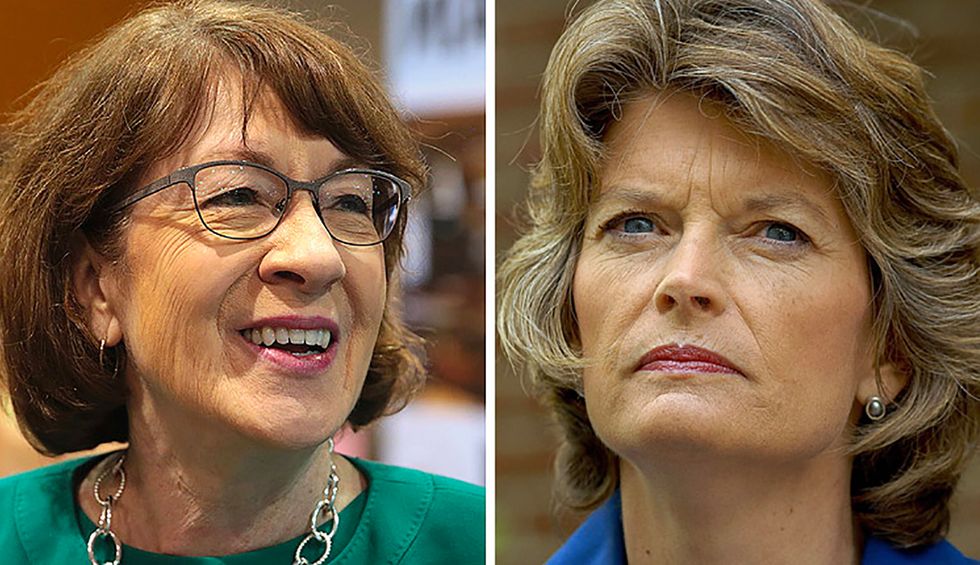 Ginsburg died Friday at the age of 87.

On Friday, shortly before Ginsburg’s death was announced, Murkowski said she would not vote for a justice ahead of Inauguration Day, telling Alaska Public Media “I would not vote to confirm a Supreme Court nominee. We are 50 some days away from an election.”

Discussing her decision to block former President Barack Obama’s appointment of Merrick Garland in 2016, Murkowski told the PBS affiliate, “That was too close to an election, and that the people needed to decide. That the closer you get to an election, that argument becomes even more important.”

Sunday, Murkowski released a statement acknowledging that “hypothetical is now our reality.”

“For weeks, I have stated that I would not support taking up a potential Supreme Court vacancy this close to the election,” she said in a statement. “Sadly, what was then a hypothetical is now our reality, but my position has not changed.”

Murkowski joins Collins, who is facing a tough reelection battle in Maine. Collins said on Saturday “the decision on a lifetime appointment to the Supreme Court should be made by the President who is elected on November 3rd.”

In a statement released via Twitter, Collins added while she “would have no objection to the Senate Judiciary Committee” vetting a Trump nominee, “given the proximity of the presidential election … I do not believe that the Senate should vote on the nominee prior to the election.”

McConnell can afford to lose 3 Republican senators on this issue. A fourth would likely sink Trump's nominee.