‘Lying through his teeth’: Trump voter who told president he 'threw vulnerable people under the bus’ slams response 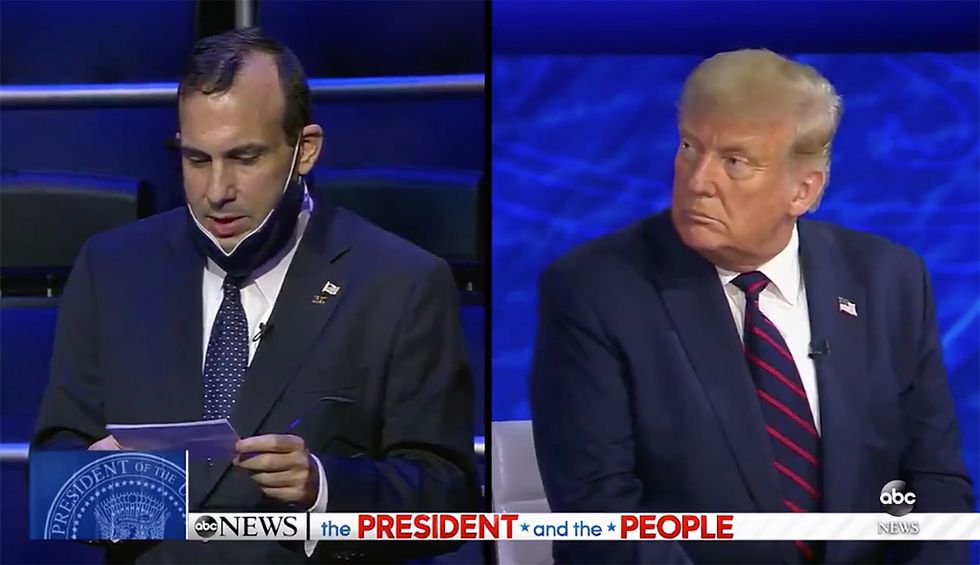 A conservative who voted for Donald Trump in 2016 is slamming the President’s response to the question he asked on national TV during ABC News’ town hall Tuesday night.

“Mr. President, I voted for you in 2016. I’m a conservative, pro-life and diabetic,” Paul Tubiana of Bethlehem, Pennsylvania told Trump.

“I’ve had to dodge people who don’t care about social distancing and wearing face masks. I thought you were doing a good job with the pandemic response until about May 1. Then you took your foot off the gas pedal. Why did you throw vulnerable people like me under the bus?”

Trump offered him a defensive, dismissive response, basically telling him he was just flat-out wrong.

CNN’s Brian Stelter reached out to Tubiana after the town hall.

“He was lying through his teeth.”

“I was feeling scared, alone and powerless,” as the pandemic grew worse, Tubiana said, acknowledging “there were failures of government on both sides of the aisle.”

“I feel that we’ve done a tremendous job actually, and it’s something that, I don’t think it’s been recognized like it should,” the president told the Pennsylvania voter, essentially saying his perception of Trump’s performance is wrong and he should have given him more credit.