Journalist lost award for criticizing Trump -- despite administration claims to the contrary: officials 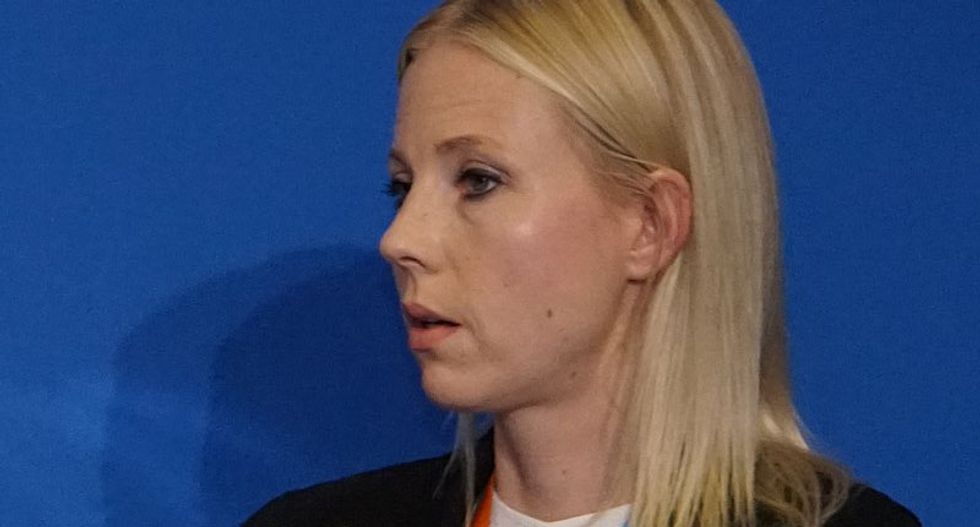 In January 2019, Finnish journalist Jessikka Aro was notified by the U.S. State Department that she would be receiving its International Women of Courage Award. But the offer was later rescinded after it came to light that Aro had been vehemently critical of President Donald Trump on social media. The State Department and allies of Secretary of State Mike Pompeo have denied that Aro’s anti-Trump posts had anything to do with that decision, but a new report by the State Department Inspector General’s Office says otherwise.

“The report tracks how the discovery of the journalist’s remarks worried senior U.S. officials and prompted a decision to withdraw the honor to avoid a possible public relations debacle,” journalist John Hudson reports in the Washington Post. “The report’s release is likely to worsen tensions between the (State) Department’s leadership and the inspector general’s office, which has undergone several shake-ups following the firing of Inspector General Steve Linick in the spring at the request of Secretary of State Mike Pompeo.”

Aro was certainly well-deserving of an International Women of Courage Award. The Finnish journalist became the target of death threats and cyberattacks after reporting extensively on Russian troll factories and their propaganda and disinformation efforts.

When the State Department withdrew its offer, its press office said that Aro had been “incorrectly notified” that she was being offered an International Women of Courage Award. The State Department told Congress that Aro “ultimately was not selected to receive the award due to the highly competitive selection of candidates.” And it never acknowledged that Aro’s anti-Trump social media posts had anything to do with it.

But Hudson reports that the State’s Department’s “inspector general ultimately found that the decision to give her the award was not a mistake and was included in a memo approved by Pompeo. The report also noted that the decision to withdraw the award stemmed from the discovery of the social media posts, despite public claims otherwise.”

Democratic Sen. Bob Menendez of New Jersey is speaking out about the State Department watchdog’s report and is highly critical of Pompeo.

Judson quotes Menendez as saying, “Secretary Pompeo should have honored a courageous journalist willing to stand up to Kremlin propaganda. Instead, his department sought to stifle dissent to avoid upsetting a president who, day after day, tries to take pages out of (Russian President Vladimir) Putin’s playbook. The State Department owes Ms. Aro an apology.”