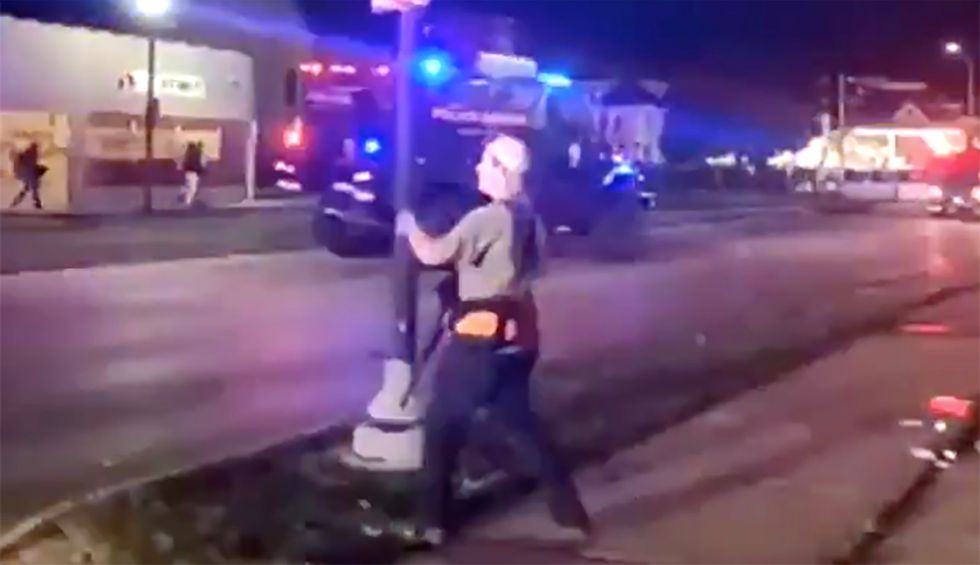 Many critics of President Donald Trump have warned that his inflammatory, over-the-top rhetoric could add fuel to the fire at a time when the U.S. is already experiencing civil unrest in some cities. Journalist Zack Beauchamp, in an article for Vox, argues that the president is inciting violence in parts of the U.S. where tensions have been high.

One of the places that Beauchamp discusses is Kenosha, Wisconsin, where video shows a 17-year-old youth, Kyle Rittenhouse, carrying a loaded weapon during a recent demonstration. Rittenhouse is facing criminal charges following three shootings at that protest.

Erica Chenoweth, a Harvard professor, has warned about the emergence of “pro-state/far-right militias who engage in vigilante violence and terrorism, sometimes with coordination or collusion with the state” — and Beauchamp argues, “In the wake of the shooting deaths of two people in Kenosha, Wisconsin, and murder charges against a Trump-supporting, self-described militia member, Chenoweth’s warning is chilling, all the more so because of the president’s reaction. Trump has repeatedly refused to condemn the 17-year-old militia member’s behavior.”

Meanwhile, at a demonstration in Portland, Oregon, Beauchamp notes, a caravan of Trump supporters “opened fire on” demonstrators “with paintball guns and pepper spray” over the weekend.

“On Saturday, the president tweeted a video of their behavior with a caption that all-but-openly cheered them on,” Beauchamp points out.

Cas Mudde, a professor at the University of Georgia who studies far-right politics, argues that Trump is going out of his way to get his supporters riled up.

Mudde told Vox, “He believes this is his way out, given that economic recovery is slow and COVID-19 is never-ending,” says Cas Mudde, a professor at the University of Georgia who studies far-right politics. “Go to the old hit: racially infused authoritarianism.”