Joni Ernst is struggling in Iowa’s Senate race — and Trump is a ‘huge part of her problem’: journalist 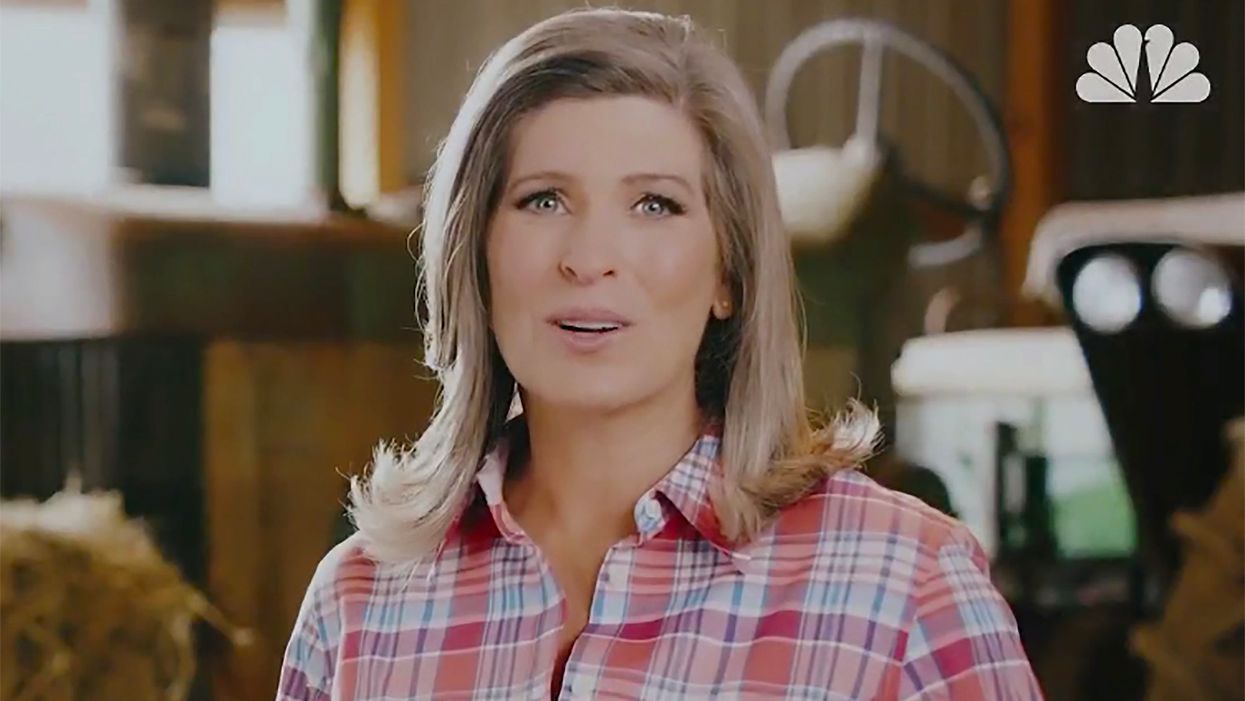 When Sen. Joni Ernst was elected to the U.S. Senate in 2014, the Iowa Republican defeated her Democratic opponent, Bruce Braley, by 9%. But six years later, polls are showing a much tighter U.S. Senate race in Iowa — where a recent Des Moines Register poll found her trailing Democrat Theresa Greenfield by 3%. And Iowa-based journalist Art Cullen, in an op-ed published this week in the Washington Post, argues that President Donald Trump is largely to blame.

"Greenfield, the daughter of a crop-duster, has raised more money than Ernst; she is wearing well, attracting 10% of voters who supported Trump four years ago," explains Cullen, author of the 2020 book "Storm Lake: Change, Resilience and Hope in America's Heartland" and editor of the Storm Lake Times in Northwest Iowa. "Not long ago, 60% of Iowans approved of Ernst's performance. Now, the same percentage disapproves. They tell the Iowa poll that Ernst has not done enough for Iowa — a criticism that felled past senators such as Dick Clark, John Culver and Roger Jepsen before her."

Cullen argues that Ernst has become too pro-Trump for her own good.

"Trump is a huge part of Ernst's problem," Cullen writes. "She stood by him when he started trade wars with our biggest ag export customers: China, Mexico and Canada. Then, Trump toyed with the ethanol industry for three years while prices plummeted. And the pandemic is out of control in Iowa while Congress dithers over aid."

Politically, Iowa is best described as a GOP-friendly swing state, while Wyoming and Idaho are deep red. President Barack Obama won Iowa's electoral votes in 2008 and 2012, but Democrat Hillary Clinton lost to Trump in Iowa in 2016 — and now, polls are showing that former Vice President Joe Biden is quite competitive with Trump in Iowa. Some polls have shown Biden with a slight lead in Iowa; others have shown Trump with a slight lead in Iowa. Like Pennsylvania, Florida and Arizona, Iowa is one of the swing states that reporters will be paying very close attention to on Election Day.

The death of Supreme Court Justice Ruth Bader Ginsburg, according to Cullen, has made things more difficult for Ernst because it reminds Iowa voters how Trumpian she has become.

"Ernst had no choice but to stand with Senate Majority Leader Mitch McConnell (R-Ky.) for a vote before January, lame duck or not," Cullen explains. "McConnell keeps the checkbook. Again, that's the problem. Our junior senator is in lockstep with Trump and McConnell on nearly every issue. Iowans don't like that. They like mavericks, the kind that Chuck Grassley used to be. They also have a Midwestern sense of fair play that does not brook rushing a vote this important when McConnell said the exact opposite four years ago."

Cullen points out that in the recent Des Moines Register poll, Ernst trails Greenfield by 20% among Iowa women — and he contends that her opposition to the Affordable Care Act of 2010, a.k.a. Obamacare, has hurt her among female voters.

"All those votes to repeal the Affordable Care Act left some bruises," Cullen observes. "Rural hospitals are on the verge of closing, and urban hospitals are shutting down maternity wards to cut costs. Duly noted."

Cullen concludes his op-ed by acknowledging that an "October surprise" might save Ernst's campaign, but he stresses that she shouldn't count on it.

"There will be no miracle vaccine by November," Cullen writes. "Laid-off manufacturing workers from Waterloo to Davenport will not be called back, and farmers will nervously await the crop insurance adjuster's visit after the harvest. None of it is good. There could be an October surprise. It will have to be a doozy to unwrite this script."