Joe Biden is being cagey on expanding the Court. Is that the right play? 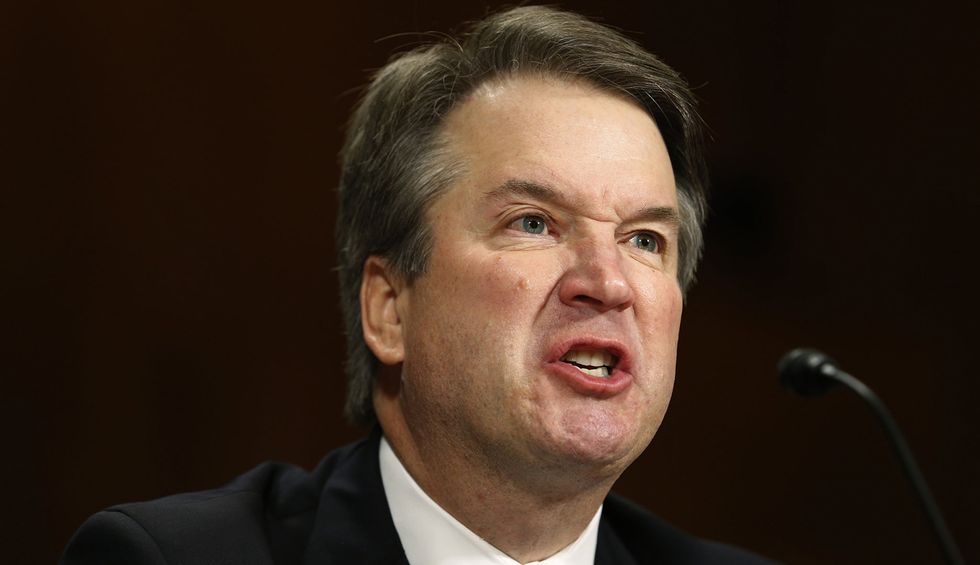 Joe Biden is an instinctive institutionalist. In the past, he has opposed killing the filibuster and expanding the Court in response to the theft of what should be Merrick Garland's seat. But he has left himself some room to maneuver on the filibuster, at least, telling The New York Times last year that “it’s going to depend on how obstreperous [Senate Republicans] become." According to The Times, he "noted that he has historically supported the filibuster and was optimistic he could find common ground with Republicans. 'But I think you’re going to just have to take a look at it.'”

Nobody has ever gone broke betting on the GOP's obstreperousness.

Now, if Republicans do push through an arch-conservative to fill the seat held by Ruth Bader Ginsburg just before or after the voters weigh in, as seems likely, it would give advocates of structural pro-democracy reforms a powerful argument in a debate that they'd already made significant progress advancing within the Democratic coalition.

When asked on Monday whether he would favor expansion if another justice is pushed through by a president* who lost the popular vote by almost three million ballots, Biden told a local ABC affiliate, “it’s a legitimate question" before proceeding to explain why he wouldn't answer it: "Because it will shift the focus."

That’s what [Trump] wants, he never wants to talk about the issue at hand and he always tries to change the subject. Let’s say I answer that question, then the whole debates gonna be about what Biden said or didn’t say, Biden said he would or wouldn’t. The discussion should be about why he is moving in a direction that’s totally inconsistent with what founders wanted. The Constitution says voters get to pick a president who gets to make the pick and the senate gets to decide. We’re in the middle of the election right now, you know people are voting now. By the time this supreme court hearing would be held, if they hold one, it’s estimate 30 to 40% of American people already have voted. It is a fundamental breach of constitutional principle. It must stay on that and it shouldn’t happen.”

This is a good answer in one sense, and potentially a very bad one in another.

Biden is right to be wary of committing now to expanding the Court because it shifts the conversation away from the fact that Republicans are working to entrench an activist majority on the Court that was appointed by a party that represents a minority, and that group will almost certainly strike down any efforts by Democrats to expand healthcare, combat global heating or enact any other major agenda items, regardless of how much popular support they have.

And while there is little to no evidence that a Supreme Court vacancy is firing up the GOP base more than the Democrats',  it is possible that the prospect of expanding the bench and shifting the ideological center of the Court would do just that.

The problem with this approach is that Trump and Senate Majority Leader Mitch McConnell have proven that they are willing to destroy the Senate's ability to function and rip the country further apart to grab that seat, and they have 53 Republican votes--plus Vice President Mike Pence's tie-breaker if necessary--to accomplish that goal. And the only real leverage Democrats have is the threat of retaliation--by killing the filibuster and expanding the Court if they win.

It's unclear if the GOP will attempt to confirm a Trump pick before the election--or even if there is enough time on the calendar to do so. So perhaps Biden's ambiguity is the best approach at this point, but only if he's willing to threaten to rebalance the Court after the votes are counted if he wins. The message at that point would be that he doesn't want to further inflame partisan animus by restructuring the judiciary, but by ignoring the voters' preference, Republicans left him no choice.

That's the only way to keep the focus on Republicans' contempt for the will of the American electorate front-and-center, not activate Republicans who are wary of Trump just prior to the vote and not give up his party's leverage afterward if Democrats can deliver Republicans a resounding defeat.

Let's hope that Biden and his team see it this way, because if they concede RBG's seat without imposing a serious penalty on the Republican Party, it would only invite more scorched earth tactics in the years to follow.