'Just not based on any fact': California official who confronted Trump about climate change slams the president's claim it will 'get cooler' 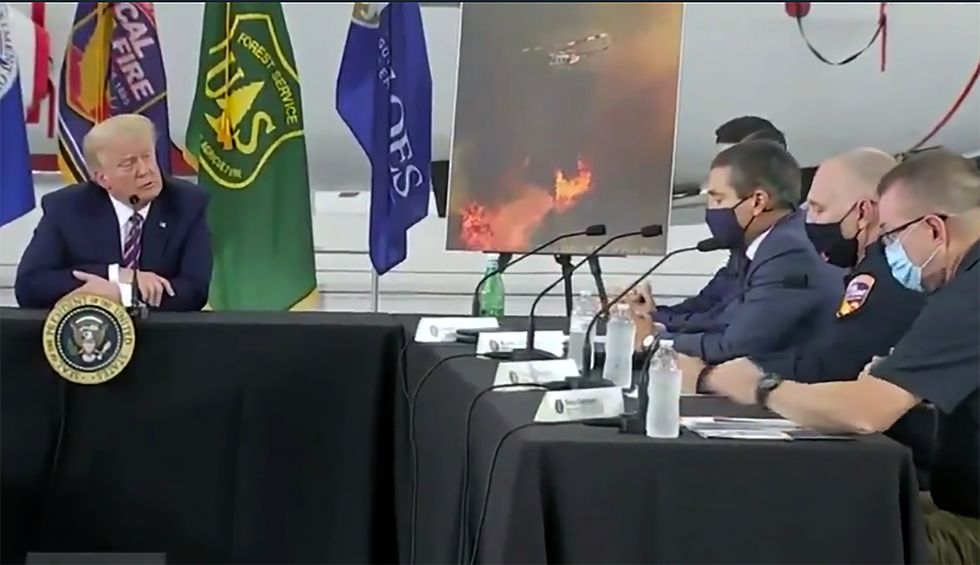 Early this week, California’s Secretary for Natural Resources Wade Crowfoot confronted President Donald Trump over the reality of climate change’s impact on increasingly catastrophic fires in the state, urging the president to follow the science and recognize the reality of the situation. But Crowfoot on Wednesday acknowledged his plea seemed to fall upon deaf ears when it came to the president.

The exchange between Crowfoot and Trump occurred during the president’s briefing on wildfires in McClellan Park, CA on Monday. The California official urged Trump to “really recognize the changing climate and what it means for our forests, and actually work together with that science.”

“That science is going to be key. if we ignore that science and sort of put our head in the sand and think it's all about vegetation management, we're not going to succeed together protecting Californians.”

In response, Trump told the Crawfoot the climate “will start getting cooler, you just watch,” to which Crawfoot replied, “I wish the science agreed with you.”

Asked about that exchange during in interview with CNN’s Brianna Keilar on Wednesday, Crowfoot slammed the president’s claim that Californian’s can expect a “cooler” climate in the future.

“It’s just not based on any fact that we have here in California,” Crowfoot said. “As anyone knows who is living in California, these last several years, we've seen increased catastrophic fire danger. We've seen increased summer temperatures — including record-breaking temperatures this summer, over 120 degrees in parts of greater Los Angeles. We've seen parts of the state burn with massive fires that have never burned like that before, including our coastal redwood forests. We’ve seen a fire so hot it's generating a smoke 50,000 feet high. And all of the facts, all of the science, points to the fact that this is becoming a bigger challenge. That's what we wanted to confront and share with the president this week.”

“Did you find him responsive at all to what you're saying?” Keilar wondered.

“I appreciated the opportunity to be 10 or 15 feet from the president to be able to share what are the facts on the ground. And I was appreciative that he listen said. But I can't say I expect it changed his perspective.”