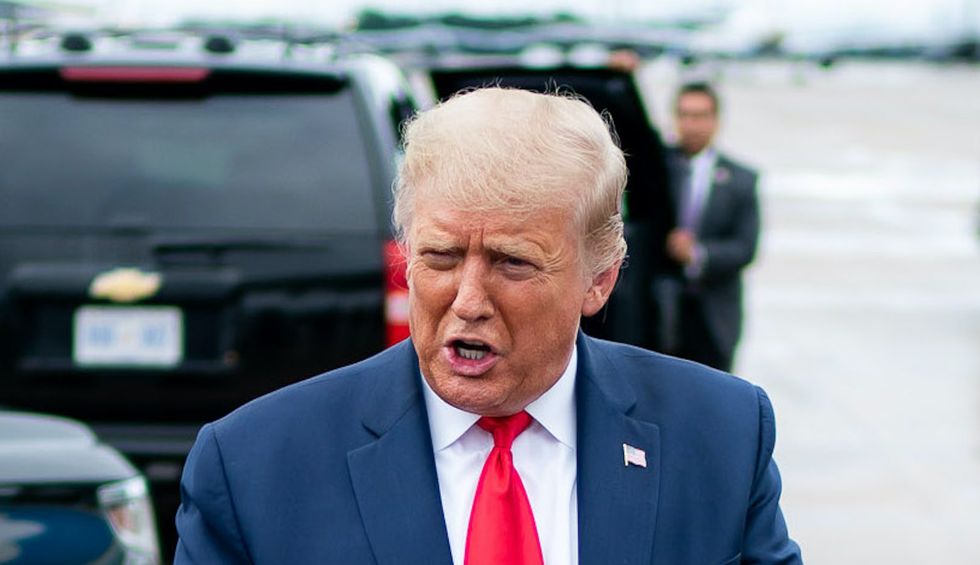 In a fiery column for the conservative Bulwark, the former spokesperson for the Republican National Committee absolutely blistered Donald Trump for putting Republican voters at risk by holding an indoor rally in Henderson, Nevada during a deadly pandemic, calling it the worst act by a presidential candidate he has seen in his lifetime.

More to the point he wrote, “Everything about it was f*cking appalling.”

Under a headline reading, “Trump’s Reckless, Atrocious, Deceitful Rally,” Tim Miller quipped that, thankfully, the event was “meagerly attended” which might slow the possible spread of COVID-19 at what he dubbed a “Category 3 minispreader” which followed yet another mostly maskless event the president held days earlier.

Pointing out that the President knows how dangerous the novel coronavirus is — based upon his taped admission to journalist Bob Woodward – Miller wondered why noted “germophobe” Trump was out mingling with “the screaming plebes,” before rhetorically asking, “Or has his narcissism and deep-seated desire to downplay the virus overwhelmed his germophobia?”

“Seen with fresh eyes, the Henderson rally was truly a shocking and unimaginably wheels-off undertaking given that it came amid a pandemic that is still killing a thousand Americans a day and with wildfires making much of the West Coast uninhabitable,” he wrote before calling the president speech an “interminable harangue” as well as “BORRRRING,” pointing out the president’s rallies “increasingly have the feel of a boring nostalgia act with a lead singer halfheartedly crooning his old hits.”

What is worse, he suggested, was the sheer repulsiveness of the president feeling the need to be adored by his fans even if it might cost them their lives.

Pointing out that Nevada’s Gov. Steve Sisolak called out Trump for holding the event despite warnings it was not in compliance with local health regulations, Miller scorched the president for proceeding nonetheless.

“Everything about it was f*cking appalling,” he wrote. “In fact it was so appalling that it would stand out as the single most appalling and reckless political event hosted by any presidential nominee in my lifetime before yesterday by a long shot, if you just didn’t count anything else that Donald Trump did.”

Adding to that he noted that the public has become “numb” to the many egregious acts committed by the president which makes it even worse.

“All the president’s grotesqueries matter. This is just the latest,” he concluded.