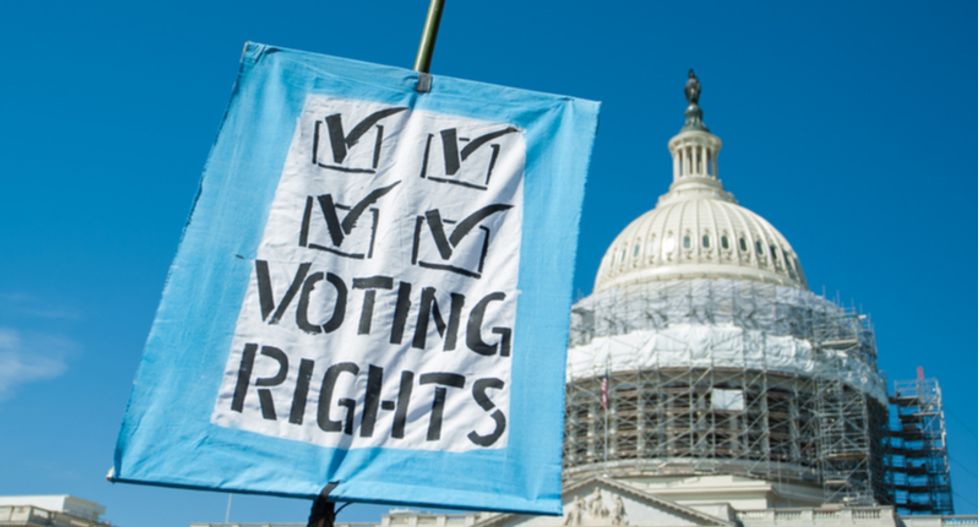 With the backing of five federal judges appointed by President Donald Trump, the powerful U.S. Court of Appeals for the 11th Circuit on Friday ruled that Florida can require state residents with past felony convictions to pay off all court fines and fees before they are allowed to register to vote—a mandate that has been condemned as a "modern-day poll tax."

The ruling, which comes just weeks ahead of the November election, could disenfranchise hundreds of thousands of Floridians by hinging the right to vote on a person's ability to pay often exorbitant fees. Florida's deadline to register to vote in the presidential election is October 5.

"This ruling runs counter to the foundational principle that Americans do not have to pay to vote," said Julie Ebenstein, senior staff attorney with the ACLU's Voting Rights Project. "The gravity of this decision cannot be overstated. It is an affront to the spirit of democracy."

Slate reporter Mark Joseph Stern called the majority's decision (pdf)—penned by William Pryor, a George W. Bush appointee—"one of the most dishonest, misleading, and despicable voting rights opinions I have ever read."

"It is shockingly bad—an affront of the very notion that Americans have a right to vote," added Stern. "This decision was inevitable after Trump flipped the 11th Circuit by appointing five judges, all of whom joined today's appalling opinion, which truly makes me sick to my stomach. This is an incredibly dark day for voting rights."

Sasha Samberg-Champion, a civil rights attorney, slammed the ruling Friday as "incredibly unjust," tweeting that "not only does the Florida law amount to a poll tax, but Florida's eligibility-restoration scheme is so broken that many people with felony convictions have no way of knowing if they owe anything and, if so, how much."

The court's ruling comes less than two years after Florida voters approved a state constitutional amendment restoring the right to vote to people with past felony convictions after they complete all of the terms of their sentence.

Shortly after Florida's Republican Gov. Ron DeSantis took office in 2019, state GOP lawmakers passed legislation requiring those with felony convictions to pay off all fees in order to regain the franchise, a move rights groups warned would undermine the constitutional amendment and institute a "pay-to-vote scheme."

Daniel Tilley, legal director at the ACLU of Florida, said in a statement that "despite today's ruling, the fight is not over."

"Creating roadblocks to voting based on wealth is unconstitutional, wrong, and appalling to anyone who cares about democracy," said Tilley. "Working with our partners, we will continue to inform those voters of their eligibility so that as many returning citizens as possible are able to participate in our democracy."