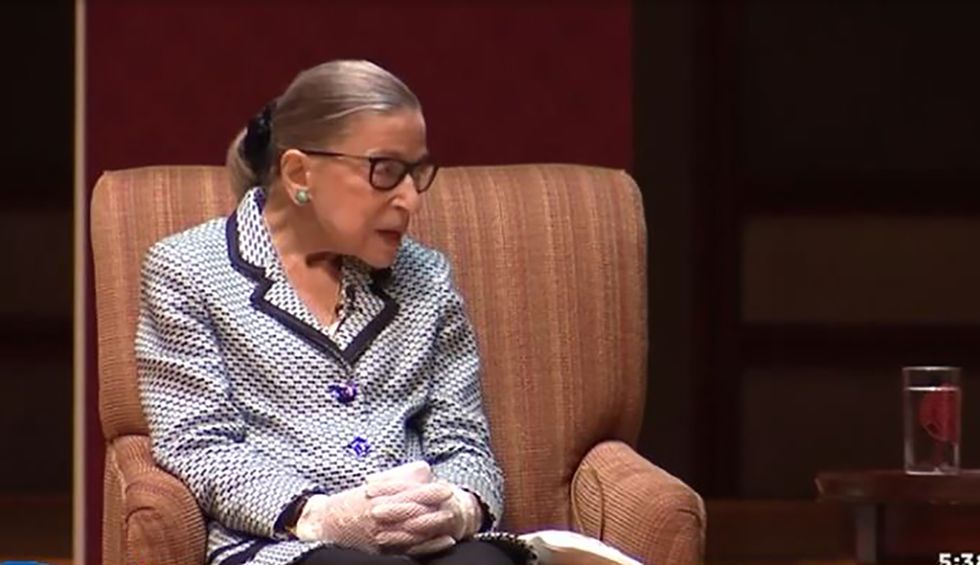 After yesterday’s passing of 87-year-old Supreme Court Justice Ruth Bader Ginsburg, right-wing pundits were quick to paint her as a slaughterer of babies for her defense of Roe v. Wade and other court decisions protecting women’s access to reproductive healthcare.

However, while Republican Senate Majority Leader Mitch McConnell also honored her trailblazing rise, he pledged to give a Senate confirmation hearing to her replacement, most likely before the winner of the November presidential election is seated.

While this is completely within the current president’s right, it also contradicts his completely bogus 2016 “Biden rule” that said that American voters should help seat U.S. Supreme Court vacancies whenever seats become available during an election year. He used the excuse to deny then-President Barack Obama the appointment of Merrick Garland on the nation’s highest court.

Sadly, Democrats, including Obama, are now asking McConnell to follow the rule that he completely made up five years ago to serve his own needs, as if McConnell cares about rules or consistency.

The Senate and the nation mourn the passing of Justice Ruth Bader Ginsburg and the conclusion of her extraordinary… https://t.co/nTEnOaNPdO
— Leader McConnell (@Leader McConnell)1600476952.0

The Left is mad that RBG died under Trump and not Obama. These people are disgusting.
— Ryan Fournier (@Ryan Fournier)1600477011.0

I feel bad for #RBG’s family and pray that on her deathbed she accepted Christ as her Savior as He alone is the pathway to Heaven #Ginsburg
— Matt Barber (@Matt Barber)1600475708.0

Surely the Dem talking point will be: No vote on a nominee to replace Ruth Bader Ginsburg until the new senators fr… https://t.co/Zn2dyGtiga
— Ann Coulter (@Ann Coulter)1600476724.0