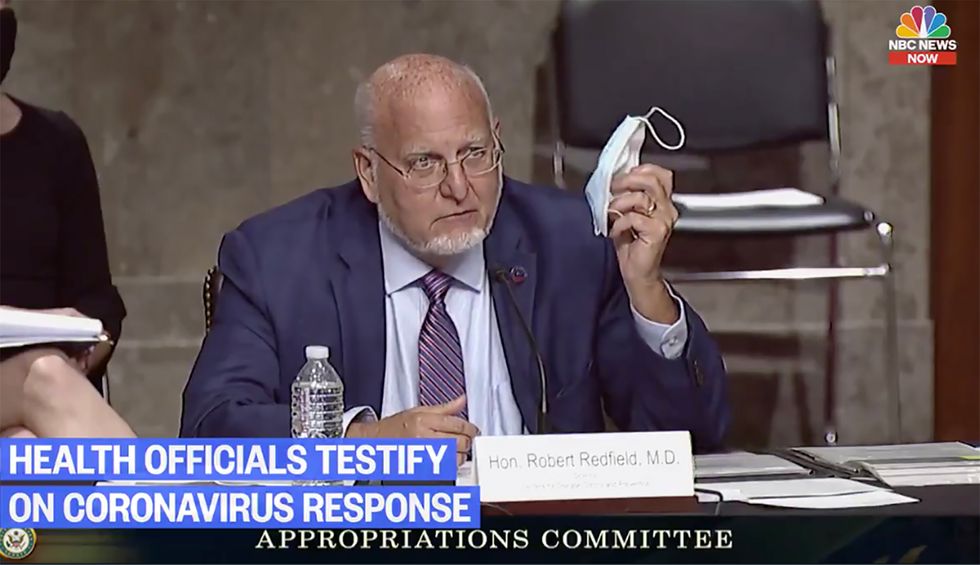 The Centers for Disease Control and Prevention on Friday quietly updated its official coronavirus guidance to reveal the pathogen is airborne, and can stay in the air at distances greater than six feet.

Few noticed the change but CNN reported it over the weekend.

“There is growing evidence that droplets and airborne particles can remain suspended in the air and be breathed in by others, and travel distances beyond 6 feet (for example, during choir practice, in restaurants, or in fitness classes),” the update read.

She later noted CDC added a note to the page, claiming the update (which is critical information for everyone around the world) was a draft version.

“A draft version of proposed changes to these recommendations was posted in error to the agency’s official website. CDC is currently updating its recommendations regarding airborne transmission of SARS-CoV-2 (the virus that causes COVID-19). Once this process has been completed, the update language will be posted.”

Here’s how some experts are responding:

a huge big wtf. Looks like the aerosol language that made it on to the @CDCgov website has now disappeared again. I… https://t.co/8cM4MglSU4
— Apoorva Mandavilli (@Apoorva Mandavilli)1600704025.0

The only thing accidental about the CDC taking down the guidance that Coronavirus is airborne at >6 ft etc is that… https://t.co/2KgRlfssJz
— Kavita Patel M.D. (@Kavita Patel M.D.)1600706407.0

Molecular Biologist, and President of the Federation of American Scientists: