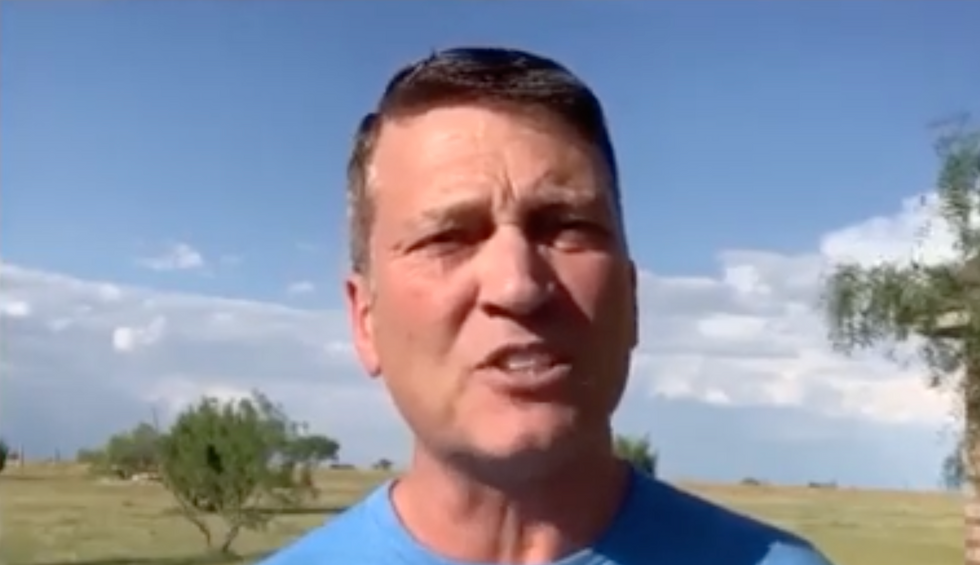 In November 2019, President Donald Trump made an unexpected visit to Walter Reed Medical Center in Bethesda, Maryland — and this week, New York Times reporter Michael Shmidt reported that Vice President Mike Pence was prepared to temporarily take over as acting president if Trump need to go under anesthesia. Regardless, Trump allies, including Republican Ronny Jackson, are maintaining that Trump’s Walter Reed visit was nothing serious. And CNN’s Brianna Keillar gave Jackson’s claims a rigorous fact-check on Wednesday.

This week, Jackson — who served as Trump’s physician in the past and is now running for a Texas seat in the U.S. House of Representatives — insisted that the Reed visit was nothing “urgent” and was part of a “routine preventative medicine workup to keep him healthy as president.” But Keillar, during her fact-check, notes that the visit “did not follow the protocol of a routine presidential medical exam….. Medical staff at Walter Reed did not get a….. heads up.”

Keillar showed a clip of Jackson declaring that Trump is “in excellent physical condition” and “had a head-to-toe physical workup, including an extensive cardiac workup that put him well within the top 10% of men his age from a cardiac standpoint. So, why is the left suddenly talking about this?” And the CNN host, in response to the clip, explained, “Well, that’s just weird because in the White House memo at the time of the trip, the White House doctor said the president did not undergo any specialized cardiac or neurological evaluations — again, no specifics on what tests he received.”

Jackson sounded especially buffoonish when he claimed that Democrats were focusing on Trump’s Walter Reed visit in order to draw attention away from former Vice President Joe Biden’s physical state. The Republican argued, “They’re trying to defer and distract from the obvious mental, physical and cognitive issues with former Vice President Joe Biden — who is now their nominee for president. They’re in trouble, and they’re trying to fix it.”

Keillar, in response, dismissed Jackson as “a physician diagnosing Joe Biden with a cognitive problem without being Joe Biden’s physician.” And the CNN host went on to discuss Jackson’s claims that Trump is in “excellent physical condition.”

“The president is clinically obese,” Keillar noted. “He is not in excellent physical condition. CNN’s Sanjay Gupta reported, in 2018, that the president has a common form of heart disease, easy to address, if he increases the dose of his cholesterol medication and makes lifestyle changes.”