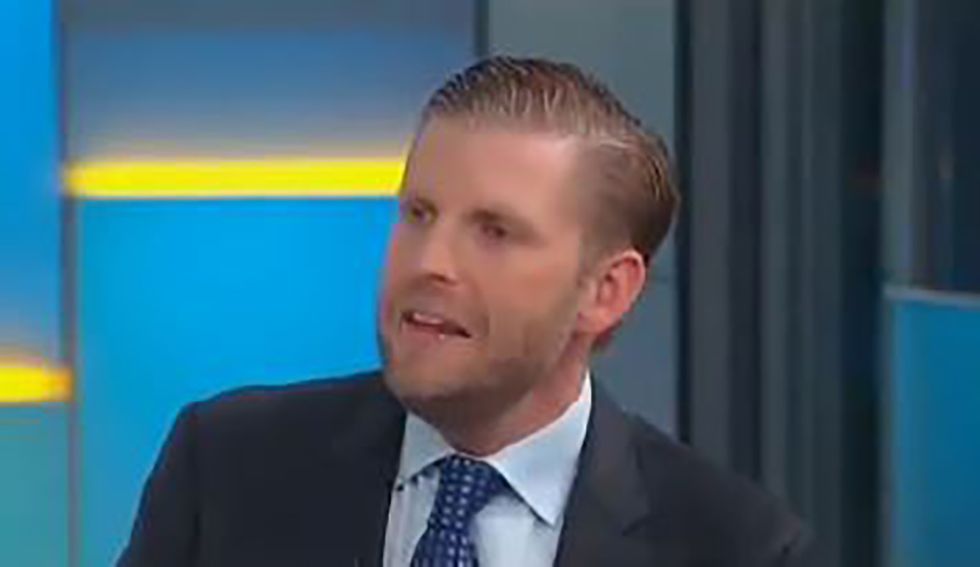 President Donald Trump’s son Eric, a major figure within the Trump Organization’s businesses, has claimed he told a court that he is willing to appear in compliance with New York Attorney General Letitia James’ subpoena.

But in a new briefing, James pointed out that Eric Trump and his legal team have in fact stated a “categorical refusal” to appear — and that one of those refusals occurred during an interview with Fox News Radio.

“Eric Trump’s own public statements after this proceeding was commenced confirm that position,” said the briefing, noting that during that interview, Trump said, “The question is… why would you possibly comply?”