Early morning protest erupts outside Lindsey Graham's home: 'He told us to use his words against him' 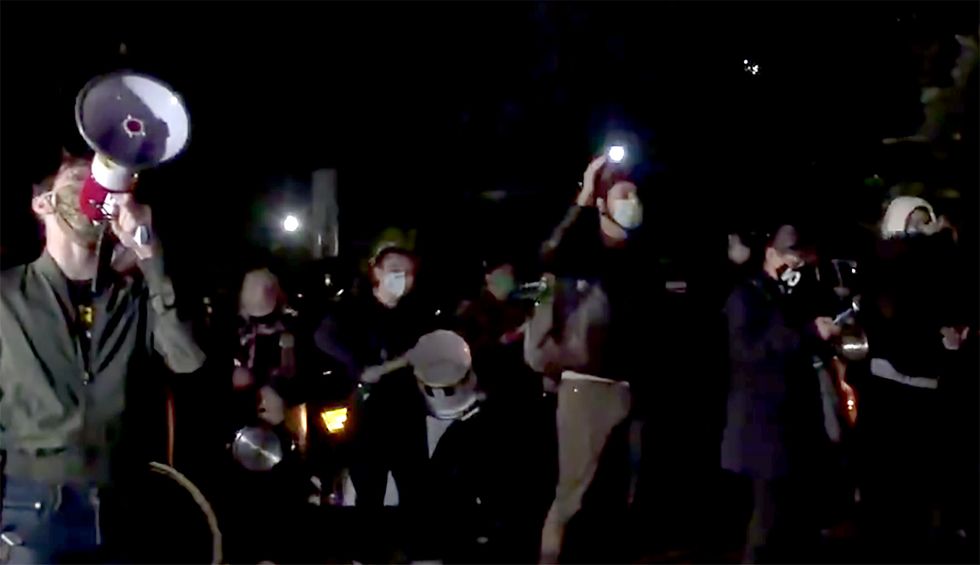 Taking Sen. Lindsey Graham up on his 2016 advice to use his words opposing the nomination of Judge Merrick Garland against him should a Supreme Court seat open in the final year of a Republican president's first term, a group of demonstrators gathered outside of the South Carolina Republican's Washington, D.C. residence early Monday morning demanding that he oppose the filling of late Justice Ruth Bader Ginsburg's seat until after the November election.

Wielding air horns, signs, and homemade drums, activists with the Shut Down D.C. coalition arrived at Graham's home at around 6:00 am ET to deliver a "wake up call" to the chairman of the powerful Senate Judiciary Committee, who said during a 2016 hearing: "I want you to use my words against me. If there's a Republican president in 2016 and a vacancy occurs in the last year of the first term, you can say Lindsey Graham said, 'Let's let the next president, whoever it might be, make that nomination.'"

Following news of Ginsburg's death, Graham on Saturday said that despite his past comments, he "will support President Donald Trump in any effort to move forward regarding the recent vacancy created by the passing of Justice Ginsburg." Trump is expected to announce his court pick this week.

"He said, 'Use my words against me!'" chanted the activists outside Lindsey Graham's house, referencing Graham's al… https://t.co/YmL2mAYkzH
— Ford Fischer (@Ford Fischer)1600691751.0

Aura Angelica, an organizer with Sunrise D.C., said in a statement that "in the spirit of RBG, we will not allow a double standard in how our Congress deals with late-term Supreme Court appointments."

"Senator Graham told us he wouldn't allow a Supreme Court nominee during an election year—he told us to use his words against him if a seat opened up this late in the game—we're here today, doing just that," said Angelica.