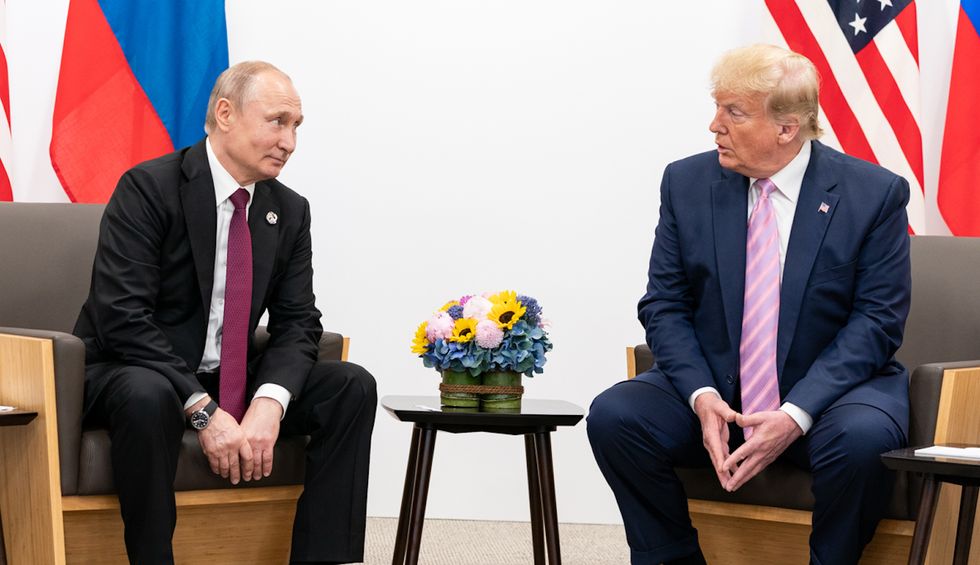 Russian President Vladimir Putin and the Kremlin clearly hope to sow discord in the 2020 election — and the FBI has warned that the Russian government will try to interfere in this election just as it interfered in the 2016 election. Documentary filmmaker Alex Gibney discussed Russia’s election interference with CNN’s Alisyn Camerota during a September 23 appearance on the morning show, “New Day,” describing some of the things Russian operatives have been doing.

Gibney, creator of the documentary “Agents of Chaos,” explained, “For the 2016 election, past is prolong. I mean, so many things that the Russians did and the way they took advantage of certain flaws in our system in 2016 are now coming back to haunt us in 2020. In 2016, you know, Donald Trump on the stump kept saying: if I lose, the election is going to be rigged. And the Russians were in election systems not to flip votes, but to sow doubt on the legitimacy of what everyone saw as an inevitable Hillary Clinton win.”

The filmmaker added, “Today again, Donald Trump is casting doubt on the legitimacy or the accuracy of results if he were to lose. And so once again, I believe that the Russians, by a cyber means, will amplify our own president’s attempts to undermine confidence in the system.”

Camerota responded that “Russian trolls” have been echoing Trump’s conspiracy theories and “getting their material” by “lifting President Trump’s Twitter feed.” And Gibney responded that his new documentary is called “Agents of Chaos” because that is exactly what Putin’s allies are trying to encourage in the 2020 election: chaos.

Putin’s allies, according to Gibney, have been “exasperating and flaming passions that were already here.”

Gibney told Camerota, “So, in the case of Donald Trump, you know, the film is called ‘Agents of Chaos,’ and I think that one of the key agents of chaos is Donald Trump. Russia never supported his candidacy because of policies — they supported his candidacy because they felt he was an agent of chaos who would do a lot to take a wrecking ball to American institutions.”