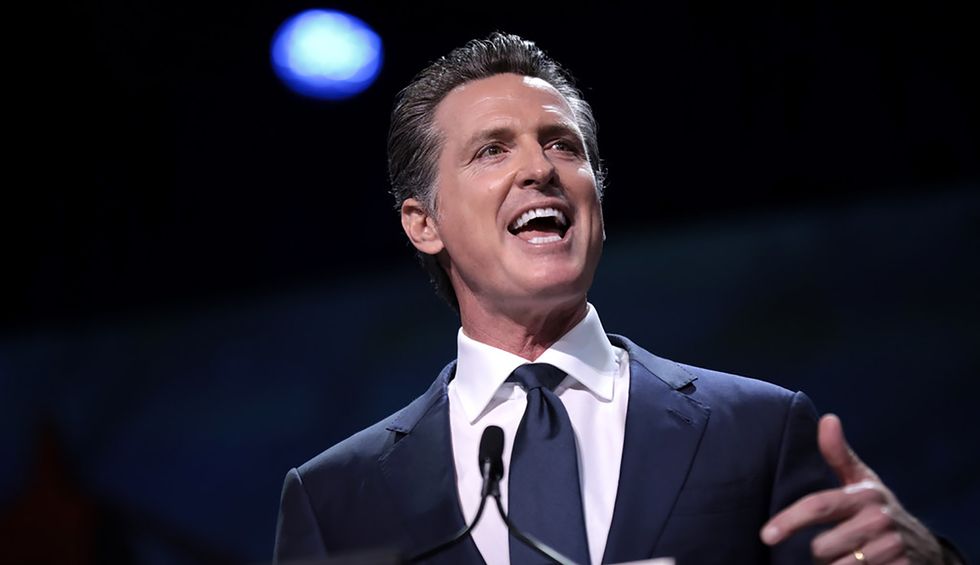 California Governor Gavin Newsom during his meeting with Trump was more polite, saying, “climate change is real and that is exacerbating” the fires. Newsom’s predecessor, former Governor Jerry Brown, told the New York Times, “we have a global crisis that has been mounting and the scientists have been telling us about. For the most part, it’s been ignored.”

Listening to these Democratic leaders, one might imagine that during their years in office they have done their level best to address the climate crisis. True, the Obama administration was far more active than Trump on admitting that climate change is real, that greenhouse gas emissions are the culprit, and that somewhere down the line society has to end its reliance on fossil fuels. Under Obama’s Clean Power Plan, the Environmental Protection Agency began regulating carbon dioxide emissions, which helped accelerate the retirement of coal power plants. The former president also signed the modest Paris Agreement, thus joining most of the world’s nations in promising action on climate change.

But Obama—with Biden by his side—also championed the hydraulic fracturing or fracking industry, which led to so much oil and gas production within the United States that the nation was drowning in the very fossil fuels that spark climate change. Oil production rose by a historic amount under the Democratic president, leading him to boast two years after he left the presidency: “That whole, suddenly America’s like the biggest oil producer and the biggest gas [producer thing]—that was me, people.”

In California, Brown and Newsom engaged in similar double-speak, claiming to take climate action but overseeing a massive boom in oil and gas production through fracking.

Once in office, Trump overturned both Obama’s Clean Power Plan and the U.S.’s participation in the Paris Agreement. However, blaming Trump for the climate crisis we are in today is akin to focusing on the very last car in a giant pileup. That last car, barreling at top speed toward the fiery crash, does indeed bear some blame, but hardly all of it.

The public knows this. Four years ago, a Yale University poll found broad support for climate action, with 75 percent of voters backing a reduction in fossil fuel emissions and 84 percent supporting investments in renewable energy sources such as solar and wind. This past June, a Pew Research poll found large majorities of Americans backing climate actions that include restrictions on carbon pollution and the boosting of alternative energy. Sixty-five percent of voters found that the federal government was doing too little to tackle climate change. In 2019, an NPR/PBS NewsHour/Marist poll even found that 63 percent of Americans back a Green New Deal (GND), which the pollsters described as a plan “to address climate change by investing government money in green jobs and energy efficient infrastructure.”

The Green New Deal is a congressional resolution backed by most environmental organizations today that outlines a bold vision for transforming the nation’s energy system through an ambitious jobs program.

Sensing the public desire for action, Biden has thankfully made bold overtures on climate. While he has not admitted his culpability in the Obama administration’s role in the historic rise of domestic oil and gas production, Biden’s campaign has said he, “believes the Green New Deal is a crucial framework for meeting the climate challenges we face.” His platform includes a powerful promise of working toward “a 100% clean energy economy and net-zero emissions no later than 2050.”

But the climate advisers whom Biden has brought into his campaign offer a more honest assessment of his position on the issue. According to the Intercept, Biden has surrounded himself with, “veterans of the Obama administration’s ‘all of the above’ strategy, which embraced fossil fuel development and technologies like fracking while publicly trumpeting clean energy commitments.” The outlet speculated, “If appointed to key energy and environmental jobs, they could pose an existential threat to even the most ambitious climate plans.” Biden has also made it clear that he opposes a ban on the fracking industry.

If Biden continues the standard Democratic Party approach of championing climate action while promoting fossil fuel production, his double-speak will fuel voter skepticism toward a liberal party that continually fails to live up to its stated goals. Democratic leaders suffer from an “enthusiasm gap” compared to their Republican counterparts whose ideals and actions are far more consistent with one another. Democratic Party leaders like House Speaker Nancy Pelosi have failed to grasp the public desire for strong climate action. Pelosi derisively dismissed the GND in an interview earlier this year, saying, “The green dream or whatever they call it, nobody knows what it is, but they’re for it, right?”

Modest regulations to curb emissions such as a carbon tax that many Democrats have backed are laughably weak in the face of the climate catastrophe unfolding today. The liberal party would do well to enthusiastically embrace bold climate action and go far beyond what Obama did. In matching their climate actions to their rhetoric, Democratic leaders like Biden, Pelosi, and Newsom could eschew domestic oil and gas production. Further, they could tackle the twin crises of the climate and the economy with the GND as a courageous idea to capture the imagination of American voters. The chorus of opposition to the high costs of the GND is easily countered with the mounting price tag of doing nothing.

As California, Washington, and Oregon burn so severely that the smoke and gas from the infernos have spread to the nation’s opposite coast, voters are perhaps more primed than ever for strong action. Simultaneously, as massive hurricanes pummel the East Coast, churning in the Atlantic in record-breaking numbers and ferocity before slamming into coastal communities, half measures are not just weak—they are a show of negligence. If the liberal party were to actually embrace strong climate action that goes beyond rhetoric, it could distinguish itself enough from its opposition party in ways that matter. And that would offer the clearest evidence that the “hope and change” that Democrats offer every four years is meaningful.