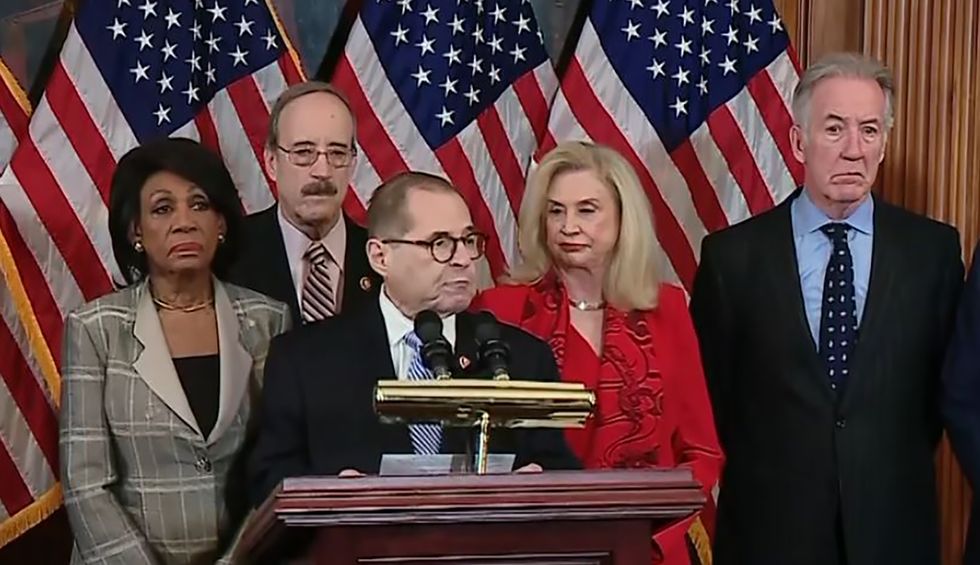 Oh, I have your attention now, huh?

So I was day-drinking here in the Land of Mordor (i.e., the Willamette Valley of Oregon; seriously, it looks like Satan’s asshole out there ... after Satan spent the night binge-drinking in Wisconsin), when I stumbled upon this Politico story, which I am sharing with you now.

Democrats are amassing an enormous lead in early voting, alarming Republicans who worry they’ll need to orchestrate a huge Election Day turnout during a deadly coronavirus outbreak to answer the surge.

Honestly, I’m not going to be completely happy unless Donald Trump loses every damn state (as he should and would, if we weren’t currently ensconced in Satan’s duodenum), but this is great news nonetheless. Looks like there’s a lot of enthusiasm on our side — for early voting, anyway.

“A ballot in is a ballot in, and no late-campaign message or event takes it out of the count,” said Chris Wilson, a GOP pollster who specializes in data and analytics. “Bottom line is that means that Biden is banking a lead in the mail and more of the risk of something going wrong late is born by Republicans because our voters haven't voted yet.”

Even better, according to Politico, Democrats who stayed on the sidelines in 2016 are already showing up this election cycle. In Pennsylvania, for example, nearly 175,000 Democrats who didn’t vote in 2016 have asked for ballots. Meanwhile, the coronavirus is still lurking, and if Republicans — particularly older Republicans — decide they don’t want to brave the virus on Election Day, those banked Dem ballots will have an even greater impact.

So now Trump — partly because he’s been denigrating vote-in mailing for weeks — is facing an uphill battle for reelection ... and expecting down-ballot hopefuls to die on the hill with him. And this is all happening as Trump continues to lag in the polls and in fundraising.

So feel good, folks. We’re in the lead. But that doesn’t mean we can take our foot off the gas.