‘Coward’ trends as Republicans snivel their answers about Supreme Court 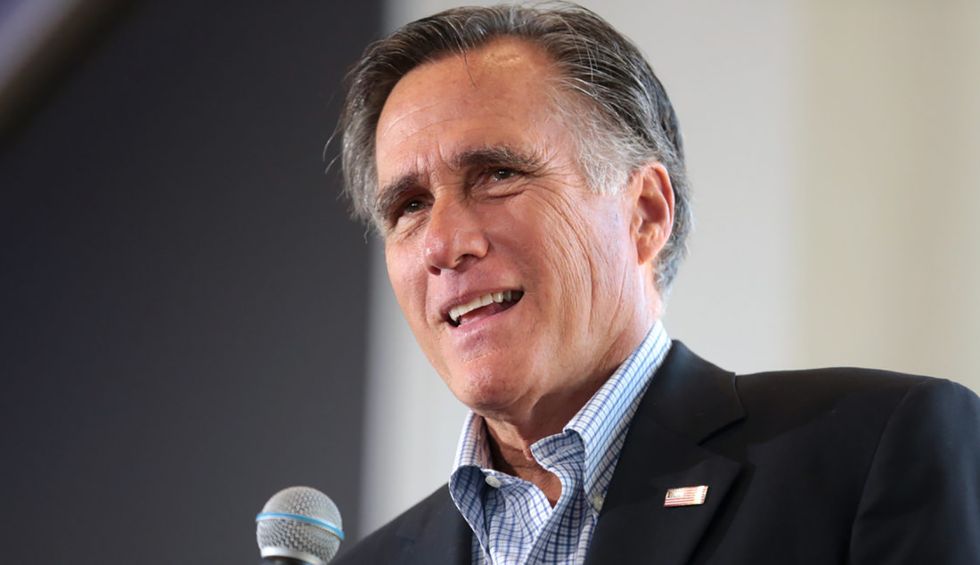 Surprising virtually nobody, the Republican Party, led by Donald Trump and Mitch McConnell, plan on capitalizing on the passing of Supreme Court Justice Ruth Bader Ginsburg, by being utter hypocrites. It isn’t a surprise that the Republican Party is filled with spineless, power hungry empty suits. It’s just depressing. Sen. Mitt Romney was one of the two or three Republican senators that some people speculated would safely pretend to have some kind of personal integrity and publicly acknowledge the anti-Democracy power-grab being performed by McConnell.

The one thing that many people forgot about Sen. Mitt Romney is that he has no scruples. He’s a billionaire who wants to be president and that’s all he wants. That’s it. Whether or not he lies to himself about a Mormon God that loves him, his actions are incredibly amoral. Since Monday, as Republican senator after Republican senator began giving their truly pathetic excuses for how and why they would vote on a Supreme Court Justice to replace Ginsburg, after having screamed about not even voting on President Obama’s nomination of Merrick Garland for 293 days, “coward” and “cowards” began to slowly trend on Twitter. After Mitt announced his fake new principals those terms shot into the stratosphere.

Here is it simple and plain.

The history books will look back on @MittRomney @tedcruz @marcorubio and other GOP members as spineless cowards at… https://t.co/kogOPkCY1r
— Dylan (@Dylan)1600800890.0

Sometimes it seems that some liberals forget that Mitt Romney is a Republican.
— Eugene Scott (@Eugene Scott)1600783303.0

Republicans haven’t a single principle shared among them. They are a mix of predators and cowards whose hypocrisy i… https://t.co/JkwhJEc9aO
— Chuck Wendig (@Chuck Wendig)1600787771.0

This one really started to just take off. I wonder why?

And something to give to friends and family.

“Moderate” Republicans can always be counted on to appear to have a spine and do the right thing, only to immediate… https://t.co/PkxvOpECRH
— Dr. John Biggan (@Dr. John Biggan)1600789635.0

Not a real quote. But totally believable.

But finally, remember this, and pass this on to conservative friends and family.

@nytimes But the Republicans couldn’t pass a Covid bill after house did back in May. Think about it just for a min… https://t.co/rlkpkAB6Go
— Tony Bradley (@Tony Bradley)1600799991.0