Catholic and evangelical voters fleeing Trump due to his lack of ‘basic kindness’: report 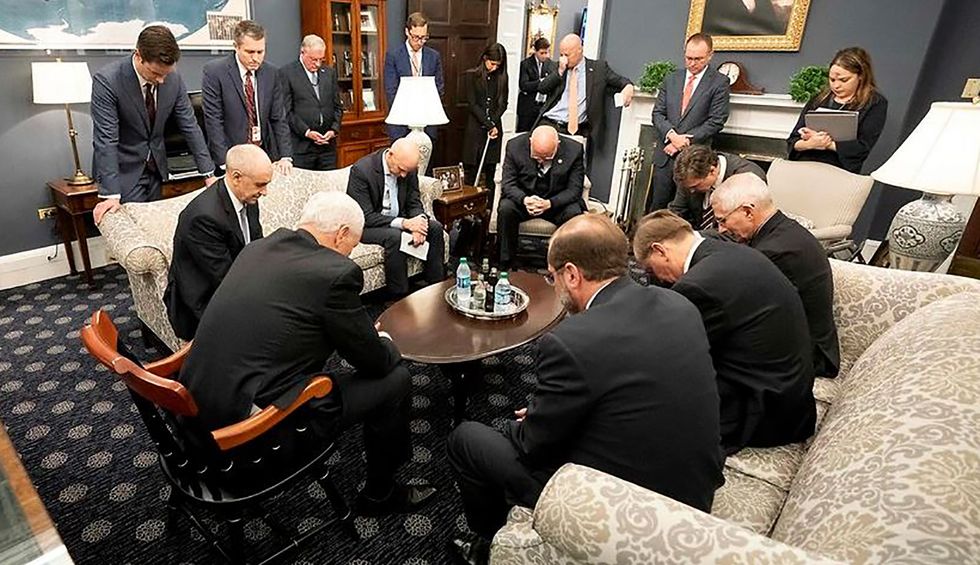 According to an analysis of a poll conducted by Vote Common Good, Donald Trump is seeing an exodus of both Catholic and evangelical Christian voters who were previously able to put the president’s sins aside in order to vote for him in 2016, but are turned off by his lack of civility and “basic kindness” now that they have seen him in action.

Writing for NBC, Doug Pagitt of Vote Common Good had little in the way of good news for the president who is lagging the polls to his Democratic challenger Joe Biden, saying Trump’s words and actions as president are coming back to haunt his re-election campaign.

Writing, “What Trump may not fully realize is that his general tendency to be unkind may have already cost him the election,” Pagitt went on to add that in 2016 evangelicals and Catholics were willing to look past his sins and chose him over his Democratic competitor, Hillary Clinton, by 65 percentage points and 7 percentage points, respectively.

Now that Christian voters have watched him in action for nearly four years, Pagitt claims his “organization has found in an extensive survey of religious voters in five swing states that Trump’s unkindness is correlated with significant defections from the president.”

“Florida, Michigan, North Carolina, Pennsylvania and Wisconsin have seen an 11 percentage point aggregated shift in support among evangelical and Catholic voters toward Joe Biden and away from Trump compared to 2016, according to our online poll,” he wrote, saying his numbers are mirrored by a recent Fox News Poll. Pointing out that his poll, “surveyed a representative sample of evangelicals and Catholics across gender, race and age within each state,” Pagitt explained how his poll was conducted by comparing perceptions of both candidates when it comes to the seven virtues: kindness, generosity, humility, chastity, modesty, diligence and patience.

What should trouble Trump, he noted, was a 5 percent drop is support among Catholic and evangelical voters since 2020, with Catholic’s biggest shift to Biden happening in North Carolina, Pennsylvania and Wisconsin, and unhappiness among evangelicals in Florida, North Carolina and Michigan.

“Among 2016 Trump voters, perceiving Trump as unkind was the single strongest predictor of swinging away from him, with 2016 Trump voters who viewed the president as ‘not at all’ kind having about an 80 percent chance of saying they didn’t intend to vote for him again in 2020.” he wrote before adding a warning to the president’s re-election campaign and writing, “Many religious voters have woken up to the fact that Trump simply lacks basic Christian kindness, and they are looking for an off-ramp.”