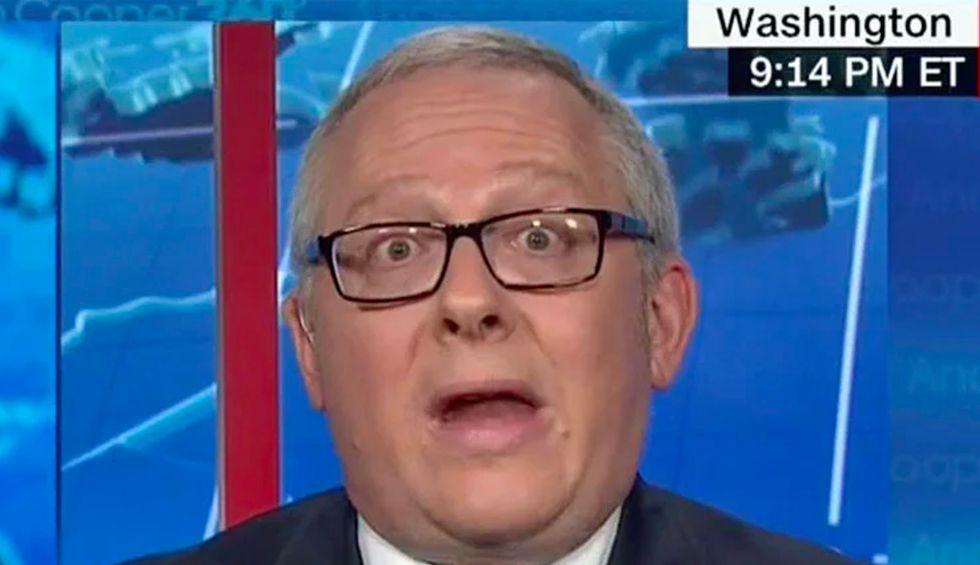 Calls are growing for Health and Human Services Assistant Secretary Michael Caputo to resign or be fired after he went on a bizarre Facebook live video rant Sunday, promoting dangerous lies and crazed conspiracy theories. Among them, warning Trump supporters of an armed insurrection if the president’s re-election is contested, saying he thinks he is going to be murdered  –and even admitting his own “mental health has definitely failed.”

A longtime political operative, Caputo in 2000 worked for the “Russian conglomerate Gazprom Media to improve Vladimir Putin’s image in the United States.” He also worked for the Kremlin inn the 1990’s to shore up then-Russian President Boris Yeltsin, the Washington Post reports.

Calling for Caputo’s firing are at least one US Senator and health experts. Even his hometown newspaper is calling for his ouster.

“What’s lunacy is for paranoia and political calculations to be coloring the dissemination of scientific knowledge during a pandemic. Caputo’s ideas about managing a health crisis need to be put out to pasture.”

"We generally approve of Western New York having an influential voice in Washington, but Michael Caputo’s is no lon… https://t.co/86D84FCdHW
— Maria Cuomo Cole (@Maria Cuomo Cole) 1600179916.0

That paper, The Buffalo News, points to Caputo’s “disdain” for CDC scientists, who, it notes Caputo said in his Facebook video, “haven’t gotten out of their sweatpants except for meetings at coffee shops” to plot “how they’re going to attack Donald Trump.”

“There are scientists who work for this government who do not want America to get well, not until after Joe Biden is president.”

“It has become abundantly clear that the leadership at the Dept. of Health and Human Services has allowed perhaps the most important federal agency right now to become subservient to the President’s daily whims. So today I’m calling on Sec. Azar to resign, immediately.”

Politico on Tuesday reports “Top Democrats called on HHS to fire its spokesperson amid mounting scrutiny over his actions and claims.”

Among them, Senate health committee ranking member Patty Murray (D-WA), who called for Secretary Azar to fire Michael Caputo, “after he reportedly claimed that a ‘resistance unit’ of ‘seditious’ government scientists at the CDC are working to undermine President Trump,” Talking Points Memo reports.

Schumer’s call on AZAR to resign comes after Democrats like @PattyMurray and @rosadelauro have demanded Azar to ous… https://t.co/23p6qYlkuc
— Dan Diamond (@Dan Diamond) 1600182077.0

“You understand that they’re going to have to kill me, and unfortunately, I think that’s where this is going,” Caputo said on Facebook.

“Remember the Trump supporter who was shot and killed?” Caputo said. “That was a drill.”

“And when Donald Trump refuses to stand down at the inauguration, the shooting will begin,” he also said. “The drills that you’ve seen are nothing.”

“If you carry guns, buy ammunition, ladies and gentlemen, because it’s going to be hard to get.”

Former Assistant United States Attorney at SDNY, Daniel Goldman, says “Trump must condemn this talk and fire Caputo immediately. This is a real test of he will deal with an election loss.”

Michael Caputo sounds like he needs help, and he most definitely shouldn't be in a position of authority in the gov… https://t.co/JuEG9SC9XH
— Matthew Miller (@Matthew Miller) 1600103222.0

A consortium of 13 well-known organizations is calling on Caputo to resign: