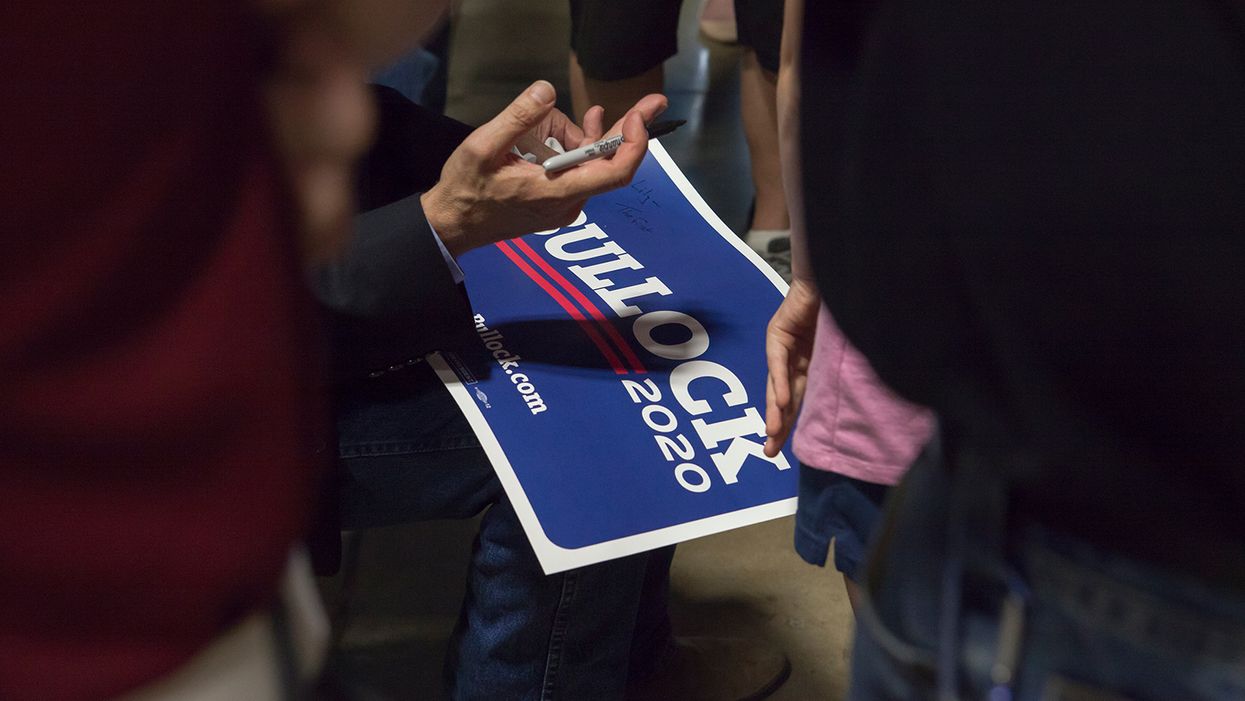 The video, which circulated on Facebook Wednesday, shows a man pulling up to a yard and removing the Bullock signs from the ground before putting them in his car. The same man later appears on a separate surveillance camera at a nearby house where he reportedly campaigned for Bullock's Republican opponent, Sen. Steve Daines. The Daines campaign said the man did not work for Daines specifically, but for the Montana Republican Party.

"We don't condone this behavior, or the countless egregious examples of sign vandalism against Republicans," a spokesperson for the Montana Republican Party told Billings Gazette journalist Rob Rogers by email.

Residents across the state told Rogers vandalism happens every election, but Billings volunteers claim to see an uptick in instances this year.

"We never saw any of this" in the past two elections, he told Rogers.

"It's not going to get any better," Ranger added. "We've got to stop it somehow."