Bizarre campaign ad leads many to ask: 'What is up with Donald Trump Jr. in this video?' 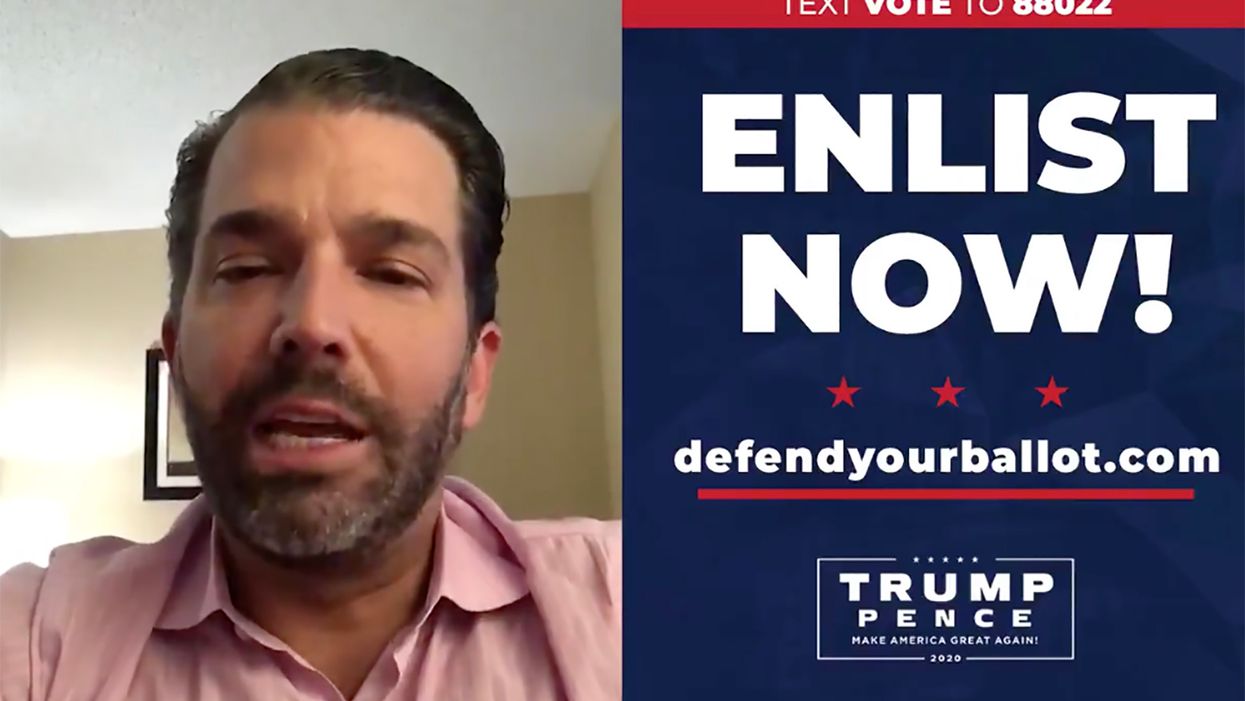 Usually I provide a transcript with these videos, no matter how fucknutted the fucknuttery. But this is one you just have to watch because, seriously, I can't begin to fathom what's going on with Don Jr. in this clip.

This is a guy who's accused Joe Biden of using drugs to get through speeches and debates. This guy. The guy who looks like he's auditioning for an after-school special about the life-altering effects of bath salts abuse.

And why is he reading it like it's a hostage video or a quotidian announcement from the Borg Queen?

Seriously, it looks like they shot this three seconds after sandblasting the crusty night gunk out of his face.

I think one of those gyros places on State Street in Madison still has a photo of me taped to their cash register looking like this — with a warning not to serve me.

Don Jr. looks like he's abusing a few substances here & expired hair gel is only one of them. https://t.co/VPFEyyEYjO
— bettemidler (@bettemidler)1601130423.0

@atrupar 3am when you've run out of coke for the 5th time that evening and your dealer has stopped returning your calls
— Jeff Tiedrich (@Jeff Tiedrich)1601058987.0

I've never tried coke, and I probably never will, but if I do wake up some morning with a hankerin', I know now that my first call will be to the Republican National Committee.

Now, I'm not saying Don Jr. is stoned in this video, because accusing someone of taking drugs when you have no proof is really irresponsible (right, Don Jr.?), but he sure doesn't look good. Maybe it's COVID.

I don't know — something is going on.

Many people are saying that.