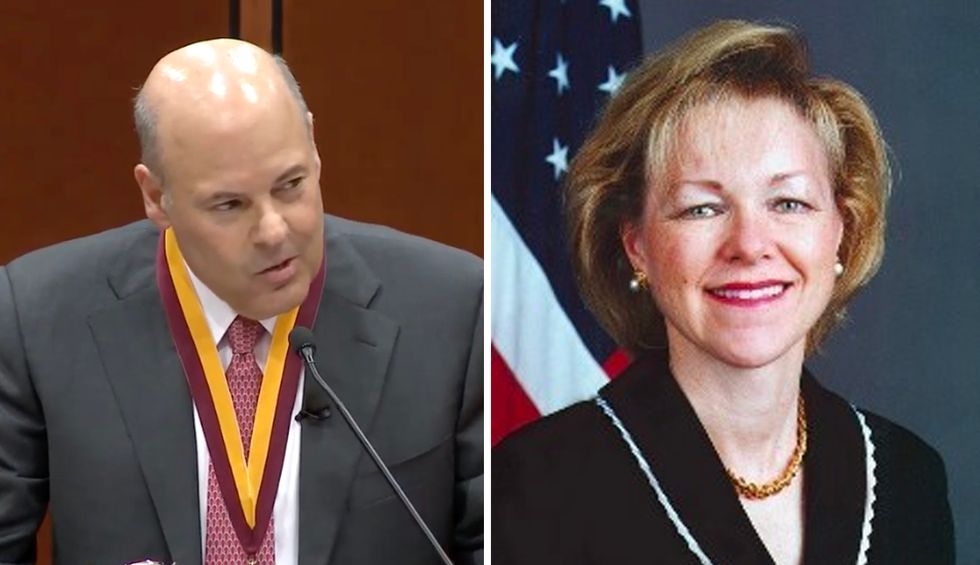 Democrats on the Senate Foreign Relations Committee are investigating the events surrounding the nomination of Aldona Wos, the wife of Postmaster General Louis DeJoy, to be the next U.S. ambassador to Canada following a report on high-dollar donations made by Salon.

Salon first reported the conspicuous alignment of hundreds of thousands of dollars in donations from DeJoy with President Donald Trump's February announcement of Wos as his pick to fill the cush Ottawa gig.

DeJoy, a top Trump donor and the former head fundraiser for the Republican National Convention, made a series of major donations to the Trump campaign and Senate Republicans leading up to his wife's nomination, federal election records show.

In the weeks surrounding the nomination, DeJoy gave Trump Victory $360,600. He also gave a $35,000 maximum donation to the Senate GOP's election committee the day after Trump announced his intention to nominate Wos.

The Senate oversees the confirmation of all U.S. ambassadors. Sen. Todd Young, R-Ind., the current chair of the National Republican Senatorial Committee (NRSC), sits on the powerful Foreign Relations Committee, which holds confirmation hearings for ambassadors. Last month the committee voted to send Wos' nomination to a full Senate vote.

Previous DeJoy donations also fall within the timeline of his wife's nomination.

DeJoy and Wos each donated $35,000 to Trump Victory on Jan. 22, 2019, according to FEC records. Following Trump's Feb. 22 announcement that the Canadian ambassadorship would be opening up, DeJoy poured in hundreds of thousands of dollars, records show.

He gave a total of $320,000 to Trump Victory in the three months between April 3 and June 17, 2019. During that time frame, DeJoy also made his largest single donation to the fund to date: $120,000. A few days later, Trump was said to be considering Wos for the position.

Trump did not nominate anyone at the time and the position was temporarily filled. When the post opened again in January, DeJoy donated another $150,000 to Trump Victory in two separate chunks on Jan. 15 — at the time his largest single-day contribution.

Then, the White House announced that Trump would nominate Wos as the next U.S. ambassador to Canada on Feb. 11. The next day, DeJoy made his maximum donation of $35,000 to the NRSC, FEC flings show.

Finally, on Feb. 19, 2020, the week after the White House announcement and the NSRC donation, DeJoy made his biggest single donation to Trump Victory to date: $210,600. Six days later, Trump officially nominated Wos.

The news of fresh scrutiny from Senate Democrats comes as the Democratic-controlled House Oversight Committee announced an investigation into DeJoy following a bombshell report in the Washington Post. DeJoy allegedly repeatedly urged the staff of his supply chain company to donate to Republican candidates and later reimbursed them, according to former employees. The arrangement, colloquially known as a "straw donor" scheme, is one of the few campaign finance crimes that can carry jail time.

"Reimbursing another person for political contributions is a serious campaign finance violation," Brendan Fischer, the director of the Federal Reform Program at the Campaign Legal Center, told Salon. "Straw donations violate campaign finance law's transparency requirements, usually constitute excessive or prohibited contributions and are made with some level of intent. A donor doesn't accidentally ask another person to make a political contribution and then reimburse them — they do so intentionally, typically because the original donor has already maxed-out to the candidate. Plenty of people have gone to jail for straw donor schemes."

Right-wing agitator and media personality Dinesh D'Souza was fined $30,000 and sentenced to eight months in a community confinement center after he pleaded guilty to running a straw donor scheme through his secretary. Trump pardoned D'Souza in 2018.
Report typos and corrections to: feedback@alternet.org.
#story_page_post_article