Why picking Kamala Harris was probably the right choice 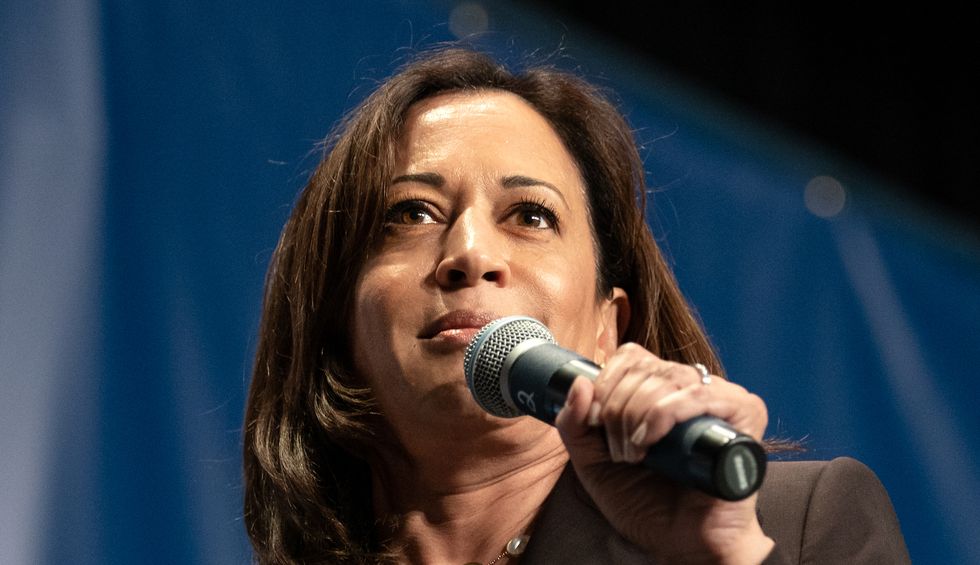 Despite former Sen. Chris Dodd's relentless war on her in the press, it appears that Sen. Kamala Harris of California is Joe Biden's pick as a running mate for the former vice president's contest against Donald Trump this November.

While Harris is the subject of heavy criticism from some corners of the left — the same folks who embraced a phrase seeded by right-wing trolls, "Kamala is a cop" — the reality is that Harris makes a lot of sense as a running mate for Biden.

Even though she bowed out of the Democratic presidential race relatively early, in December of 2019, that was due more to fundraising woes than bad polling. She's known for her talents at attacking political opponents, which is something Biden experienced directly when Harris famously smoked him over his past comments praising himself as a friend and negotiating partner of segregationist senators in the '70s. Her performance in various Senate Judiciary Committee hearings, particularly during the questioning of Brett Kavanaugh in his Supreme Court confirmation hearing, has endeared Harris to the organized and engaged female voters — those sometimes derided as "wine moms" — who won the 2018 midterms for Democrats and are absolutely critical to any Biden win in 2020.

In addition, Harris, as a senator from one of the safest blue states in the country, will be replaced — should she become vice president — not just another Democrat, but probably another rising star in the party, just as she was when she ran for Senate. And that matters, if there's any hope for the Democratic Party going into the future. Keeping power means not pulling popular politicians from swing-state seats, like Gov. Gretchen Whitmer of Michigan. Refilling the party pipeline also means giving opportunities to up-and-coming politicians in bastion of blue like California.

Harris' abilities as a prosecutor, which she deployed in her criticisms of Biden and in her questioning of witnesses before the Judiciary Committee, are exactly the sort of thing one wants in a running mate. The candidate himself needs to be viewed as someone who can "rise above" the fray. To make that work, it helps to have a running mate who can play the role of the brawler. Biden famously did this for Barack Obama, especially in 2012 when he decimated Rep. Paul Ryan, who was Mitt Romney's running mate, during the vice presidential debate. Now Harris can play that role for him.

More to the point, there's not much downside to Harris — and that matters a whole hell of a lot. Despite the heavy media attention to the running-mate selection, the evidence is clear that the vice-presidential nominee does little, if anything, to bolster the candidate's chances with any particular voting demographic. But a running mate can hurt a campaign by making the candidate look like he has bad judgment, as happened with Sen. John McCain, when he picked laughingstock Alaska Gov. Sarah Palin in his 2008 run against Obama.

Dynamic and controversial can work at the top of a ticket, as we saw with both Obama and, sadly, Donald Trump. But the best quality in a running mate is that the person is blandly competent and won't draw a lot of negative attention.

No doubt the safety factor of Harris will be questioned by many in the media, who spend way too much time on Twitter (I'm guilty of this myself) and are unduly influenced by the chatter of a small group of online loudmouths — one might call them B*rnie Br*s — who absolutely hate Harris.

It's unfortunate, because these folks, despite their Patreon hauls, are best ignored. They do not represent anything close to a majority of those who supported Sen. Bernie Sanders in the primary (who seem to have made their peace with Biden as the nominee, despite his long past of pro-corporate centrism). They don't have the quiet organizing heft of the door-knocking, phone-calling middle-aged moms who like Harris.

And, most importantly, the people I'm talking about signaled early on that there was no such thing as a female running mate of Biden's that they would accept. Even Sen. Elizabeth Warren — who is as left-leaning as Sanders, and more so in some ways — was branded a "snake" by that crowd. Since any woman Biden picked was going to encounter nasty, sexist backlash, there really was no reason for Biden not to pick Harris. If you signal to folks that there's nothing they can do to please you, they'll stop trying, which is perhaps the first and most brutal lesson of politics.

Of course, the reality here is that Harris — who is not only a woman but biracial, with a Black father and an Indian-American mother — has a whole cascade of identities that marginalize her in American politics and tend to draw out the haters. And a lot of the hate that was coming her way from the more white and male segments of the Democratic Party who chatting up reporters at gossipy outlets like Politico may leave some folks anxious about taking a "risk" in such an important election.

But the same anxieties were in play when it came to nominating Obama, and he was at the top of the ticket. He won in a landslide. Obama helped make it safer for candidates like Harris to win spots in the Senate and now, of course, to run on the presidential ticket. There's not much reason to worry now that voters are going to panic about a Black candidate, especially in the face of an economic crisis far worse than the one during which Obama was elected in 2008.

Harris is well-liked (that is, outside of Twitter), competent, smart and charismatic. There's no doubt she would be able to step into the role of president at a moment's notice, should that be necessary. She's a safe choice, and that's the best thing a running mate can be. It really does create a spark of hope for this country's future that we're at the point where a Black woman can actually be seen as the safe, boring choice. All by itself, that's a mark of progress.