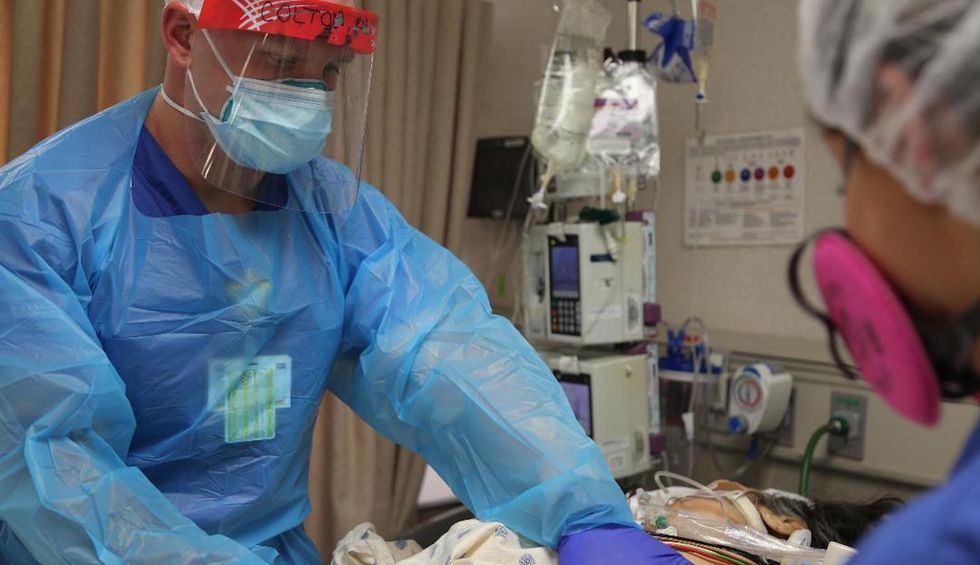 As Covid-19 cases and deaths continue an upward trajectory in the United States, a watchdog group and allied scientists Tuesday urged the federal government and Gilead, the maker of the promising drug remdesivir, to explain why they have not pursued a similar treatment that might be cheaper for consumers though possibly less profitable to the company.

The drug in question, known as GS-4441524, closely resembles remdesivir in chemical makeup, Public Citizen and scientist co-signers wrote in a joint letter to Gilead and United States federal government agencies including the National Institutes of Health, the National Institute of Allergy and Infectious Diseases, the U.S. Food and Drug Administration, and Biomedical Advanced Research and Development Authority.

In its letter, Public Citizen expressed concern over the drug's development and the possible motivations the company may have for putting one drug into trials over the other.

"It is unclear why Gilead and federal scientists have not been pursuing GS-441524 as aggressively as remdesivir, but the answer may be found in the corporation’s patent holdings," the group said. "Gilead holds patents on both agents, but the earliest patent approval date on remdesivir is 2015, whereas the earliest on GS-441524 is 2010. As a result, the corporation’s monopoly over remdesivir may last five years longer than that for GS-441524, allowing Gilead to make substantially greater profits from the sale of remdesivir as a COVID-19 treatment."

In June, Gilead announced it will charge between $2,300 and $3,100 for a five-day course of remdesivir, a potential for treatment for patients in advanced stages of Covid-19. The move angered lawmakers, including Senator Bernie Sanders (I-Vt.), who pointed to the company's profit margins and drug development timeline as an example of excessive greed of the pharmaceutical industry, particularly amidst a global pandemic.

The United States Food and Drug Administration granted emergency authorization for the use of remdesivir in treatment of Covid-19 in May, and Gilead's stock prices have skyrocketed since. Barron's reported this week that remdesivir sales could top $3 billion this year.

As Public Citizen has noted, U.S. taxpayers helped fund remdesivir development research, yet Gilead seems intent on making citizens around the world pay a premium for this potentially life-saving treatment.

Patients are now ENTERING LOTTERIES to get access to the COVID drug remdesivir. Meanwhile, our inept government re… https://t.co/ZSYbHxhy6t
— Public Citizen (@Public Citizen) 1595611383.0

The call for study of GS-441524 comes as Trump administration officials, and President Donald Trump himself, continue to push for a Covid-19 vaccine against the backdrop of the looming November 2020 presidential election.

As journalists and concerned citizens question how well scientists can study and vet a vaccine and its long-term effects on an exceedingly short timeline, Trump administration officials have asserted the media doesn't want to see the president succeed with regards to vaccine development.

The Trump administration bought up virtually all of the global supply of remdesivir earlier this year, angering world leaders and public health experts. Now, advocates want to make sure the treatment is available to those who need it. Michael Abrams, a health researcher with Public Citizen's Health Research Group and lead author of the Tuesday's letter, expressed frustration with the Trump administrations apparent lack of concern for remdesivir affordability for the general public.

"It is sadly predictable that Big Pharma responds to a global pandemic by trying to bring to market only those drugs that maximize its profits," said Abrams. "What is alarming here is that federal scientists and Trump administration regulators appear to be willing partners with Gilead in decisions that run distinctly counter to the government’s primary imperative of advancing public health during this worldwide crisis."