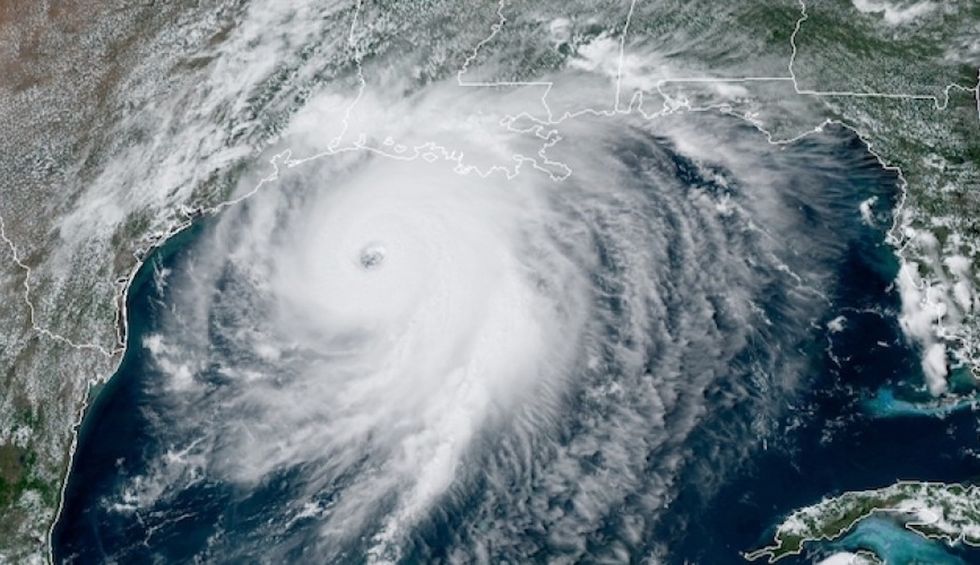 The National Hurricane Center warned Wednesday that "little time remains to protect life and property" as Hurricane Laura—"an extremely dangerous Category 4 hurricane"—neared landfall and was poised to bring an "unsurvivable storm surge" for parts of Texas and Louisiana.

The 2:00 pm warning from the center came hours after a morning message conveying the possible dangers of the storm and the urgency with which residents should act, as Laura is expected to make landfall in Texas and Louisiana along the Gulft coast Wednesday night. From the center:

Unsurvivable storm surge with large and destructive waves will cause catastrophic damage from Sea Rim State Park, Texas, to Intracoastal City, Louisiana, including Calcasieu and Sabine Lakes. This surge could penetrate up to 30 miles inland from the immediate coastline. Only a few hours remain to protect life and property and all actions should be rushed to completion.

Areas of eastern Texas, Louisiana, and Arkansas should also prepare for flash flooding.

Laura rapidly intensified by an impressive 50 mph in the 24 hours ending at 11 a.m. EDT Wednesday, with the winds rising from 75 mph to 125 mph and the pressure falling from 990 mb to 956 mb. This far exceeds the definition of rapid intensification, which is a 24 mb drop in 24 hours. Buoy 42395, located just east of Laura’s eye on Wednesday morning, reported sustained winds of up to 76 mph, wind gusts as high as 107 mph, and a wave height of 37 feet (11 meters).

Climate activist and author Bill McKibben put the storm in the context of the climate crisis, tweeting Wednesday, "It is terrifying to watch the speed with which Hurricane Laura is intensifying."

"The hot waters of the Gulf are an endless source of destructive power," wrote McKibben.