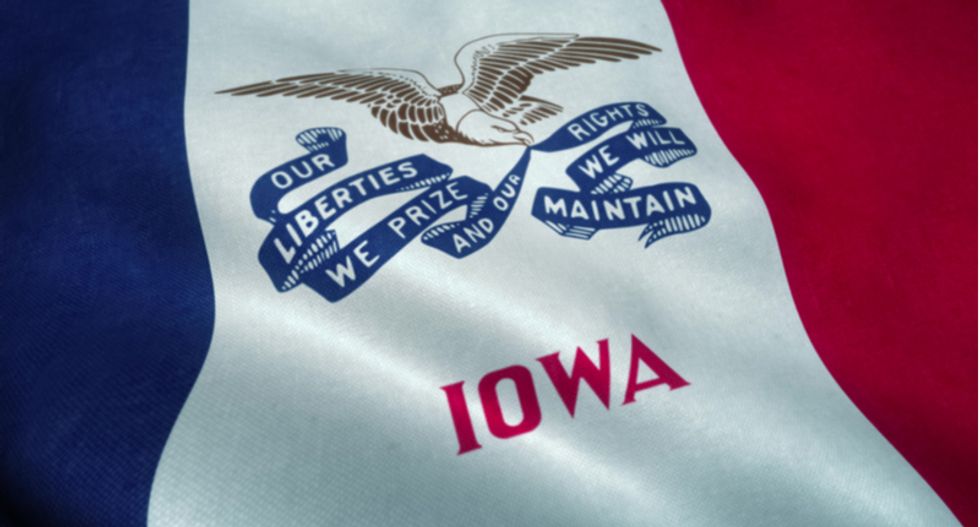 ● Iowa: On Wednesday, Republican Gov. Kim Reynolds issued an executive order automatically restoring voting rights for citizens who have completed felony sentences, including parole or probation, except for those convicted of homicide offenses. As a result, Reynolds' order means that Iowa is no longer the only state in the country to ban people convicted of any felony from ever voting again (barring individual intervention by the governor), though people convicted of certain felonies are still permanently disenfranchised in Iowa and a handful of other states.

Reynolds' order comes after months of pressure by Black Lives Matter activists and after Republicans in the state Senate refused to pass a constitutional amendment making this change permanent, which Reynolds had advocated for and had cited as a reason for opposing an executive order until now. Iowa's last two Democratic governors also automatically restored voting rights until Reynolds' predecessor, fellow Republican Terry Branstad, revoked that order when he took office in 2011.

​​Importantly, Reynolds did not include what is effectively a poll tax requirement in her order even though she signed a law earlier this year that would have required affected citizens to pay off any court-ordered restitution to victims before regaining their rights. That law would only have come into effect if Senate Republicans had followed their House brethren in passing the constitutional amendment discussed above, but even if both chambers had approved it, they would have needed to do so again and voters would have had to pass it in a 2022 referendum before it could become law.

While Iowa is no longer the only state to impose an automatic lifetime ban on voting for any felony conviction, it will remain one of the most restrictive states. A number of other states in recent years have moved to restore voting rights to everyone not currently incarcerated, and they've generally enshrined these restorations in state law; this order, by contrast, could always be rolled back by a future governor. However, Reynolds' order for now mitigates an injustice that has had a sharply disparate impact on Black voters: A 2016 Sentencing Project analysis estimated that 1 in every 10 African Americans was disenfranchised, five times the rate of everyone else.

● 2020 Census: Confirming last week's bombshell report, the Census Bureau announced that it would conclude its counting efforts a month sooner than scheduled, ending its efforts to contact people who haven't yet filled out the census on Sept. 30 instead of Oct. 31. As we recently explained, rushing the end of counting efforts while the pandemic has only made the census more difficult risks creating a massive undercount of communities of color, a hallmark of Donald Trump's ongoing efforts to weaponize the census against Democratic and Latino representation in redistricting.

● Georgia: A federal district court on Friday rejected a request to block the use of Georgia's new electronic voting machines, which experts have argued pose security vulnerabilities, and instead require hand-filled paper ballots. The judge noted that the plaintiffs had filed their motion before the pandemic prompted Republican Secretary of State Brad Raffensperger to postpone the March 24 primary to June 9 and therefore were unable to include evidence regarding the machines' use in an actual election.

However, the court did allow the plaintiffs to continue pressing their claims by buttressing their case with information from the June 9 election, which the plaintiffs have indicated they will do. Last week, the same judge largely rejected the GOP's motion to dismiss this case.

While the suit proceeds over the new voting machines, the plaintiffs have also filed a motion to require paper backups for the electronic poll books that are used to verify whether a voter at a particular polling place has voted already, citing widespread failures in the June primary as a major contributor to long voting lines.

● Arkansas: Backers of an initiative to create an independent redistricting commission have announced that they have filed 50,000 more signatures to place their measure on the November ballot, on top of the 100,000 they had already submitted.

Last month, the Arkansas Supreme Court gave organizers a 30-day extension to collect more signatures while it reviews their appeal of GOP Secretary of State John Thurston's decision to reject all of their signatures as allegedly invalid. Thurston contends that signature-gatherers for this initiative, as well as a separate measure to adopt a form of instant-runoff voting, had not "passed" background checks even though the groups certified that they had "acquired" such checks.

If Thurston's decision is overturned, redistricting reformers should have a sufficient cushion to ensure that at least 89,000 of their signatures are valid statewide, as well as a number equivalent to 5% of the votes cast in the last gubernatorial election in at least 15 of Arkansas' 75 counties.

A federal appeals court had recently overturned a lower court ruling allowing supporters to gather signatures without them needing to be witnessed in-person, which would let voters sign petitions at home and mail them in. Plaintiffs have not indicated whether they would appeal that decision, but their effort to move ahead with traditional signature collection indicates they do not view it as a prohibitive obstacle.

Please bookmark our litigation tracker for a complete summary of the latest developments in every lawsuit regarding changes to elections and voting procedures as a result of the coronavirus.

● California: Democratic Gov. Gavin Newsom has signed a law allowing counties to consolidate polling places, particularly by adding larger sites that are better equipped for social distancing. In exchange, counties must offer more in-person early voting days, and if officials do consolidate voting sites, they must still maintain at least one polling place for every 10,000 registered voters, and they must be open for Election Day and the three days preceding it. Counties are furthermore required to set up one drop box for mail ballots for every 15,000 registered voters in the four weeks before Election Day.

California is mailing a ballot to every registered voter for the first time this November. However, in-person voting and mail ballot-return options that don't rely on the U.S. Postal Service are critical given both the difficulties mail voting poses for some voters as well as the Trump administration's efforts to sabotage postal delivery service by creating delays.

● Georgia: Georgia Democrats have filed a federal lawsuit seeking to prevent a repeat of the long voting lines that plagued the June primary by requiring a host of improvements, including: more polling places; emergency paper ballots in case Georgia's new electronic voting machines malfunction; paper backups of the voter registration rolls at polling places in case electronic poll books fail to work, as they did in in many cases in June; more training for poll workers; and more technicians to fix potential problems with voting equipment.

● Ohio: Ohio Democrats have filed a lawsuit in state court seeking to require officials to allow voters to apply for absentee mail ballots by fax or email instead of having to submit applications by mail. Republican Secretary of State Frank LaRose said that he thinks electronic applications are a good idea but claims that he lacks the authority to enable them without the approval of the Republican-run state legislature. LaRose is already planning to mail applications to all voters for this fall, but such a mailing will invariably fail to reach some voters.

● Pennsylvania: Voting rights advocates have filed a federal lawsuit seeking to require Pennsylvania to notify voters and give them a chance to fix problems with their mail ballots that could cause them to be rejected, such as a non-matching signature. Separately, Democrats are waging an ongoing lawsuit in state court seeking this change and several others to expand mail voting access.

● Virginia: Virginia's bipartisan state Board of Elections has unanimously agreed to add so-called "intelligent" barcodes to all mail ballot envelopes so that voters and election officials will be able to track them as they go through the mail system. Additionally, the board passed another rule saying that ballots received by noon on the third day after an election and have an illegible or missing postmark must nevertheless be counted, since the U.S. Postal Service is supposed to postmark ballots but hasn't always been doing so.