Trump’s vendetta against TikTok is a veil for his anti-China, anti-free speech views 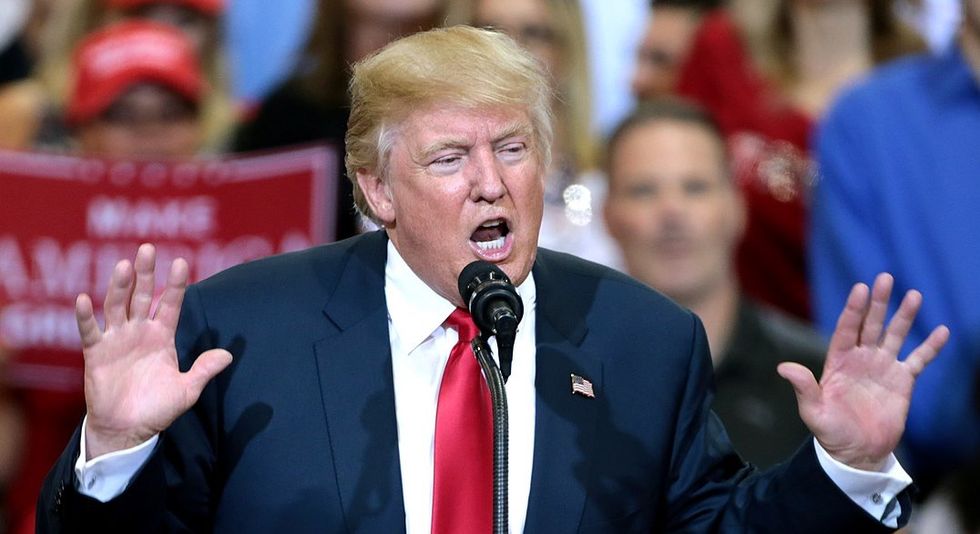 Last week, President Donald Trump announced that he was planning on banning TikTok, a video-sharing social networking service owned by the Chinese company ByteDance. Shortly after he said this, the American multinational technology company Microsoft announced that it would attempt to purchase TikTok's US operations arm, although Trump has only given the company until Sept. 15 to pull this off.

If you've never downloaded the cutely misspelled social media app, which caters largely to Zoomers and Millennials, the news of Trump's threats against it may have washed right over you. Yet the president's political vendetta against TikTok is emblematic of his attitude towards both free speech and China — seemingly unrelated topics which are encapsulated in his administration's behavior.

So what, exactly, is TikTok? And why is Trump trying to ban it?

1. TikTok allows users to create videos that range in length from three to 60 seconds.

The app now known as TikTok was originally two separate apps, Douyin and Musical.ly. The former was a short-former video app founded in China in 2016 which, within one year, had 1 billion views every day from its 100 million users. When Douyin expanded to international markets in that same year, they decided to go by the name TikTok in some of them. ByteDance, which owned Douyin, also chose that year to purchase Musical.ly, an app founded in China in 2014 which allowed users to create and share 15-second lip sync music videos.

By 2015, Musical.ly was the top app in the App Store charts and helped build the profile of music stars like Jacob Sartorius. Because Musical.ly had become popular in the United States at the time that ByteDance purchased the app in a deal valued at $1 billion, the corporation initially kept the two short-form video apps on separate platforms, staying as Musical.ly in the United States while being referred to as TikTok in specific foreign markets. By 2018, however, ByteDance decided that Musical.ly should be shut down and merged with TikTok.

Today TikTok has more than 80 million monthly users in the United States and has exceeded 2 billion all-time downloads.

2. TikTok users humiliated Trump by causing attendance to fall far below expectations for a hyped political rally; shortly after that, the company wound up on his radar.

There was considerable controversy when Trump announced that he was holding a major political rally in Tulsa on Juneteenth, . The Oklahoma city of Tulsa is widely associated with vicious race riots in 1921, while Juneteenth is a holiday meant to celebrate the abolition of slavery. (It corresponds with June 19, 1865, when Union General Gordon Granger announced the end of slavery in Texas.) In response to this, a 51-year-old TikTok user named Mary Jo Laupp posted a video suggesting that people book phony reservations to the rally and then not show up. Her video quickly spread across the site and to other social media platforms; shortly before the rally, Trump's then-campaign manager Brad Parscale expected more than 1 million people to show up at the rally, which was held at a stadium with a seating capacity of 19,000. In the end, only 6,200 people actually attended.

A few weeks later, Trump's Secretary of State Mike Pompeo appeared on a Fox News segment hosted by right-wing commentator Laura Ingraham, saying that "with respect to Chinese apps on people's cell phones, I can assure you the United States will get this one right too, Laura. I don't want to get out in front of the president, but it's something we're looking at." Pompeo added that people should only download the app if they want their "private information in the hands of the Chinese Communist Party."

3. There are reasons to believe that TikTok could spy on American citizens... and also that Trump is motivated by a desire to retaliate against a company he associates with his Tulsa rally humiliation.

As the cyber experts at ProtonMail reported last month, TikTok's "zealous data collection, use of Chinese infrastructure, and its parent company's close ties to the Chinese Communist Party make it a perfect tool for massive surveillance and data collection by the Chinese government." Notably, all major free social media apps rely on selling user data to advertisers to make money; Snapchat, Facebook and Twitter are all similar, as is the president's own election app, which has been criticized for harvested unprecedented amounts of its users' data. Yet ProtonMail's experts believe that "TikTok's data collection is extreme, even for a social media platform that collects its users' data to serve them with targeted ads. . . . And TikTok explicitly states in its privacy policy that it shares your browsing data and email address with third parties so that it can serve you with targeted advertising."

Still, if Trump wanted to crack down on surveillance capitalism, TikTok would hardly be the first target. Hence, it seems probable that Trump's threats against TikTok may be driven by other motives. Trump vowed vengeance against Twitter in May after the social media platform appended a fact-check label on two of his tweets. He later signed an executive order that could exempt Twitter and other social media platforms from Section 230 of the 1996 Communications Decency Act, which protects online platforms from being liable for the content posted by their users. His actions against TikTok could be perceived in the same way.

4. If Trump is retaliating against TikTok because some of its users politically embarrassed him, that would violate the First Amendment.

Speaking to Salon at the time of Pompeo's initial comments about TikTok, Leonard M. Niehoff, a professor at the University of Michigan Law School who specializes in the First Amendment, explained that "one of the primary concerns is that this is part of a pattern of retaliation against social media platforms that the president does not like, either because of how the platform has treated his speech or because of how users have deployed the platform against him."

He added, "a central tenet of the First Amendment is that the government cannot retaliate against speech or speakers based on content or viewpoint. That was, in my view, quite clearly the motive behind the executive order that came out after Trump's dispute with Twitter. The question is whether the targeting of TikTok is in the same category."

After the potential TikTok ban was announced, Kurt Opsahl, the deputy executive director and general counsel of the Electronic Frontier Foundation, explained that the ban could violate the First Amendment regardless of Trump's motives.

"Banning Americans from using the TikTok app would infringe the First Amendment rights of those users as an overly broad restriction on a means of expression (and on reaching the TikTok audience) unnecessary to achieve the government's national security purpose," Opsahl told Salon by email. He said that banning the app from stores would also violate the First Amendment, as courts have interpreted software as a form of free speech. He argued that "if the Trump administration's motives were based on anti-Trump content, this is obviously not a legitimate government purpose. Courts would not balance the ban against that purpose. If censoring political speech was shown to be the true purpose, courts would subject the ban to closer constitutional scrutiny, which the ban would not survive."

Microsoft is currently in talks to purchase some of TikTok's Anglophone country operations, which if successful would give them control over the app in the United States, Australia, New Zealand and Canada.

Trump has already made it clear that Microsoft has until the middle of next month to hammer out a deal before he bans TikTok in this country. He has also emphasized that he would expect to exert some control over the final outcome: on Monday he told reporters that "they don't have any rights unless we give it to them."

He later added, "It's a little bit like the landlord/tenant; without a lease the tenant has nothing, so they pay what's called 'key money,' or they pay something. But the United States should be reimbursed or should be paid a substantial amount of money, because without the United States they don't have anything."

Hu Xijin, editor-in-chief of the state-backed Global Times, tweeted on Monday that "this is an open robbery. The world is watching and God is watching that [sic] how President Trump is turning the once great America into a rogue country."

Salon reached out to Lindsay Gorman, the Emerging Technologies Fellow at the German Marshall Fund's Alliance for Securing Democracy and an expert on US-China relations, for her commentary on China's response.

"The response is the latest in an uptick over the last half year of China's 'wolf warrior diplomacy' through information campaigns on Twitter that surged during the pandemic to deflect blame about COVID-19's origins," Gorman explained in an email. "Unfortunately, statements by the President about the United States 'taking a cut' of the sale and downplaying the importance of the national security review process provide fodder for these authoritarian narratives and allow China to weaponize them against the American public."