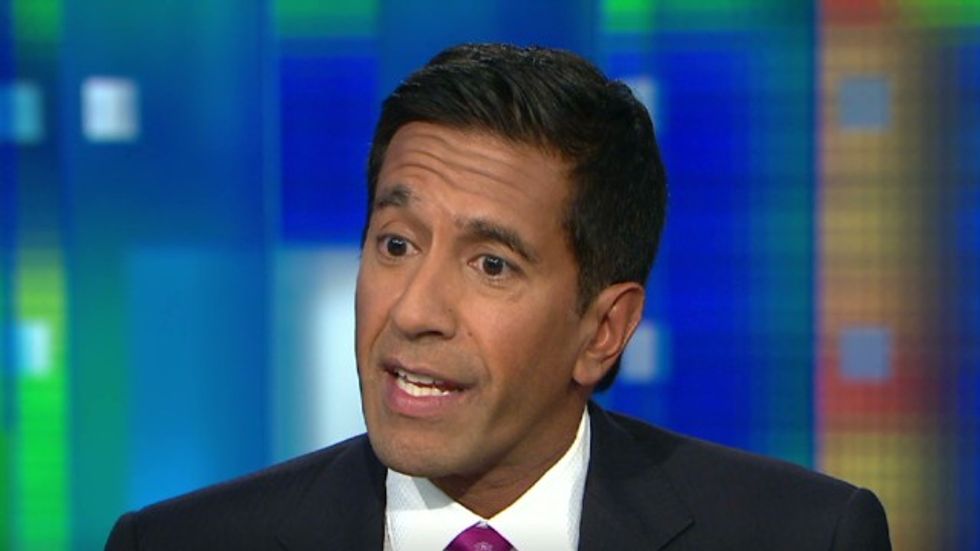 During an interview Friday, Gupta reacted to defensive statements made by Brett Giroir, the federal official tapped by Trump to oversee efforts to increase COVID-19 testing capacity, who has been insisting that there is nothing wrong with the United States' ability to quickly test for the disease.

"I think on this he's wrong, he is just wrong," Gupta said. "I'm surprised by this. I think this is trying to cover up what is unquestionably an abysmal failure when it comes to testing in this country."

Gupta then elaborated on why he thinks America's testing situation is in such dire shape.

"We have known that since the middle of February that 40 percent of people out there are completely asymptomatic," he said. "They don't have symptoms, they will never develop symptoms and yet, they can still spread the virus. That completely changes everything. Admiral Giroir is still focused on let's just test symptomatic people."

Until testing can be scaled up, Gupta said, it's unlikely that the United States will get control of the disease.