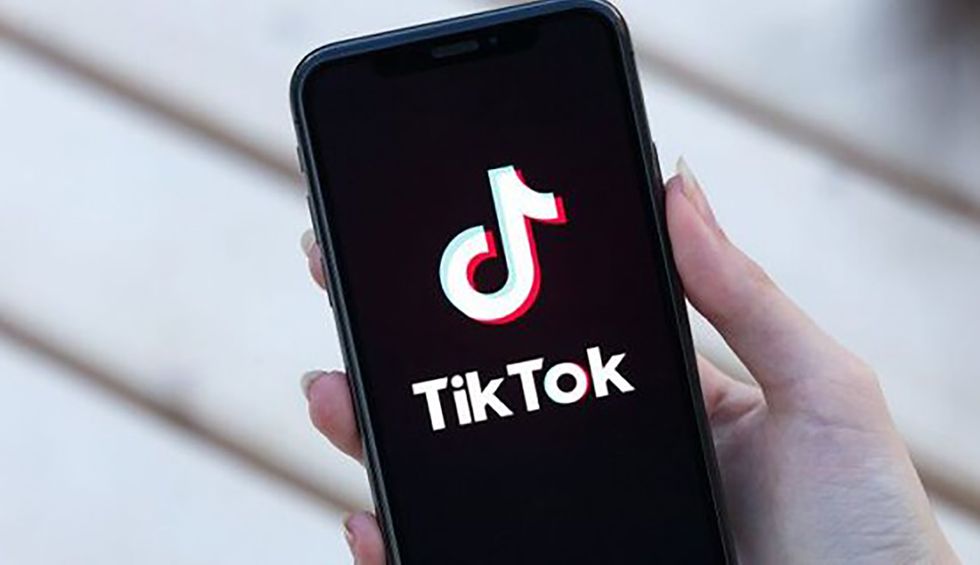 News of a TikTok ban is sweeping the Internet. But why exactly is Tik Tok, a popular social media app, being banned? According to The New York Times, government officials fear that China could access information about Americans using the app, thus posing a threat to national security. (TikTok is owned by the Chinese internet company ByteDance, which has repeatedly denied allegations that it is operated or connected to the Chinese government.) As a result, Donald Trump has discussed banning the app on multiple occasions and announced Friday that he could do so “with an executive order.” “As far as TikTok is concerned we’re banning them from the United States,” Trump said aboard Air Force One on Friday.

Young Americans have criticized Trump’s announcement to ban the app, accusing him of threatening their freedoms of speech—some have even said such a ban would impact their decision to vote. “If it hasn’t already, I think this will definitely be a game-changer in young voters going out and voting for sure,” 18-year-old Kaylyn Elkins told NBC News. Owners of the app have said they will address the administration’s concerns by selling the app to U.S. operations, and reports that the app may be potentially bought by Microsoft are in the air. The app is estimated to have between 65 to 80 million users in the United States.

TikTok has gained a strong American following amid the pandemic. Users have been using it to not only cope with stay-at-home measures and to stay connected with friends, but to also spread information about the coronavirus. “Especially now, during this pandemic —it’s a weird, odd, scary time—and to know I’m not going through it alone is really comforting and it would be disappointing if it were to go away,” Elkins said. She added that, like her, many TikTok users are not concerned with the app’s connection to China and said that had it been owned by a company based in a different country,  the administration’s reaction would differ. “I think it’s just ridiculous considering what’s going on in the world and our country alone,” Elkins told NBC News. “I think if it was owned by a European country he wouldn’t even consider this idea.”

The American Civil Liberties Union (ACLU) denounced Trump’s statement and reiterated the threat to freedom of speech banning the app would impose. “Banning an app like TikTok, which millions of Americans use to communicate with each other, is a danger to free expression and technologically impractical,” the advocacy organization said on Twitter.

🗣 To truly address privacy concerns with companies like TikTok, Congress must ensure that ANY company that services… https://t.co/Er2GKXN0Vb
— ACLU (@ACLU)1596315288.0

Some young users even cited reserving tickets to Trump’s Tulsa, Oklahoma, rally as a reason why Trump was taking such actions. In June, a number of TikTok users reserved tickets to Trump’s rally without the intention of attending. “I feel like that could be one of the reasons he wants it gone,” Clara McCourt, a TikToker from New Jersey told NBC News. “I personally see a lot of politics on my TikTok … it’s definitely a very powerful tool in informing my generation.”

Many users have been using TikTok to criticize Trump and his administration, in addition to posting about racial injustice movements across the nation. The app has become widely popular for not only its fun and trendy videos but for its political and social justice-related content.

i find it interesting how trump is more worried about banning tiktok than he is about black lives
— larri (@larri)1596250883.0

While many teens are worried about the outcome for the app, users were reassured Saturday in a video statement posted to TikTok by TikTok U.S. General Manager Vanessa Pappas. “We’ve heard your outpouring of support and we want to say thank you. We’re not planning on going anywhere,” Pappas said. “We are so proud of all the various communities that call TikTok their home.”

"These are the facts: 100 million Americans come to TikTok for entertainment and connection, especially during the pandemic. We've hired nearly 1,000 people to our U.S. team this year alone, and are proud to be hiring another 10,000 employees into great paying jobs across the U.S. Our $1 billion creator fund supports U.S. creators who are building livelihoods from our platform,” a spokesperson for TikTok told ABC News. “TikTok U.S. user data is stored in the U.S., with strict controls on employee access. TikTok's biggest investors come from the U.S. We are committed to protecting our users' privacy and safety as we continue working to bring joy to families and meaningful careers to those who create on our platform."

According to Secretary of State Mike Pompeo Trump will take action on TikTok and other Chinese apps that cite national security risks “in the coming days”, CNN reported. "President Trump has said enough and we're going to fix it, and so he will take action in the coming days with respect to a broad array of national security risks that are presented by software connected to the Chinese Communist Party," Pompeo said Sunday.