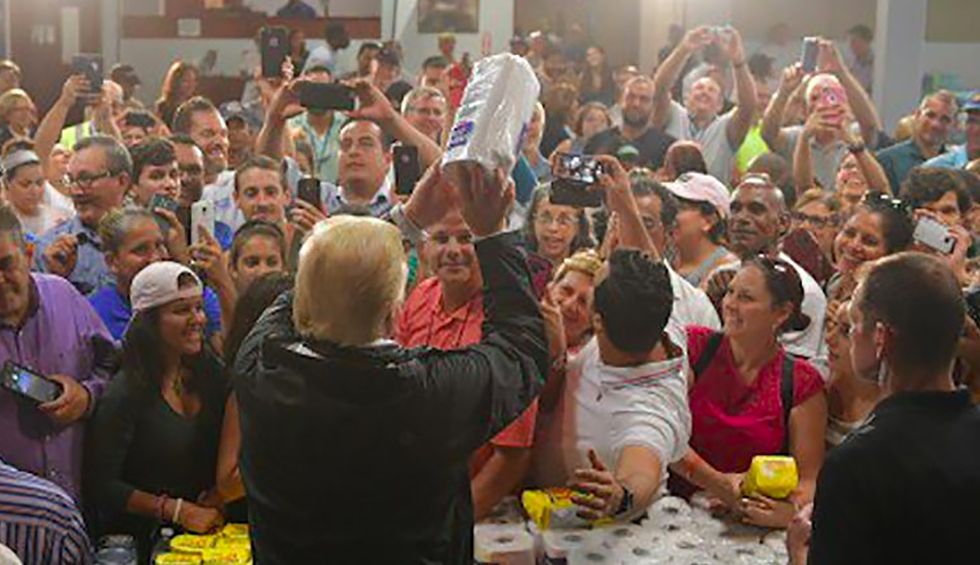 A former Homeland Security official said this week that in addition to suggesting the U.S. sell Puerto Rico as the island territory was struggling to recover after Hurricane Maria, President Donald Trump proposed "trading" the territory for another island he had previously expressed interest in—Greenland.

Miles Taylor, who served as chief of staff to former Homeland Security Secretary Kirstjen Nielsen from 2017 to 2019, told MSNBC that the president derided Puerto Rico as "dirty" and the people living there as "poor" a year after the hurricane devastated the island.

The president reportedly made the comment in August 2018, Taylor said, a year after Maria and its aftermath left nearly 3,000 people dead and forced 130,000 Puerto Ricans—about 4% of the island's population—to leave their home.

According to Taylor, Trump displayed "deep animus toward the Puerto Rican people behind the scenes" while responding to the crisis, during which he visited the island and casually tossed rolls of paper towels to struggling and traumatized local residents—a moment which one victim viewed as "disrespectful" and a former FEMA official called "belittling."

The president was widely condemned for his response to the hurricane. The administration reportedly placed restrictions on post-disaster aid last year, complained that the island territory got too much federal aid, denied the disaster's death toll, and called his response to the humanitarian crisis there an "unsung success."

"Everything crazy in [the] Trump administration appears to be true," tweeted epidemiologist Eric Feigl-Ding on Wednesday.

"You may try to sell the office you hold, your personal integrity and your soul, Mr. President—but I assure you Puerto Rico is not for sale!" tweeted Rep. Nydia Velázquez (D-N.Y.) in response.